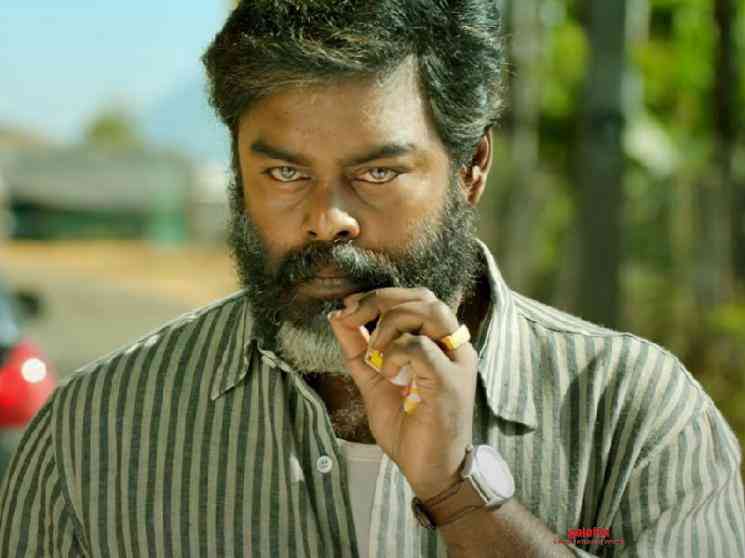 Visithiran is an upcoming Tamil mystery crime thriller, that stars Thaarai Thappattai fame RK Suresh, Poorna (Shamna Kasim), and Madhu Shalini in the lead roles. Ilavarasu, Marimuthu, Jorge, Bagavathi Perumal, Jayaprakash play supporting roles. Visithiran is the official Tamil remake of the critically acclaimed Malayalam film, Joseph that had Joju George, Dileesh Pothan, and Athmiya Rajan in the lead roles. Visithiran is directed by M Padmakumar who helmed the original and it is produced by acclaimed filmmaker Bala's B Studios.

The film has cinematography by Vetri Mahendran, editing by Sathish Suriya, and art direction by Mayapandi. John Mahendran, the director of Thalapathy Vijay's Sachein, has penned the dialogues for the film. GV Prakash Kumar who is in great form as a music director has composed the music for this film. It is going to be interesting to see how the makers have treated the Tamil remake to suit the taste of the audience here.

Marking the special occasion of New Year, the teaser of the film has been unveiled. Actor Suriya, who shares a good rapport with director Bala, released the teaser through his official social media pages and wished the team for a grand success. The teaser of Visithiran gives us a glimpse of the premise and it has been neatly packed. The teaser looks intriguing and doesn't give away too much about the story. Those who haven't seen Joseph will be quite curious to know and see Visithiran. RK Suresh's aged makeover is neatly done and he shows good promise. It looks like Visithiran will give him a good comeback after a few uninteresting projects.

Visithiran revolves around a retired police officer's investigation of a series of cold-blooded murders that happen in the city. The teaser has shown good promise and let us hope that the movie is as intriguing as the teaser. GV Prakash's music and Vetri Mahendran's visuals aid director Padmakumar's vision and give solid support to the film. The initial reception to the teaser has been positive and it has given the team a promising start to the promotions. Visithiran will have a theatrical release and the release plans are expected to be known in the coming days. Check out the official teaser of director Bala's production venture, Visithiran starring RK Suresh here: