With Ponniyin Selvan's release around the corner, here are 10 historical Tamil movies that deserve a watch!

Historical films as a genre itself is something that is looked up to as it is the only way in today's day and age that we are able to be transported to such a time and live in its world for a few hours. We as the audience go to movie theatres to escape reality and these historical films have been doing that for a long time. Tamil cinema has not shied away from this genre and we have had a fair share of films made as well. In fact, with only 10 days to go for the release of Mani Ratnam's epic historic film Ponniyin Selvan, let us turn back time, take a walk down memory lane and revisit some of the period films that have been made in our industry and neighbouring industries. 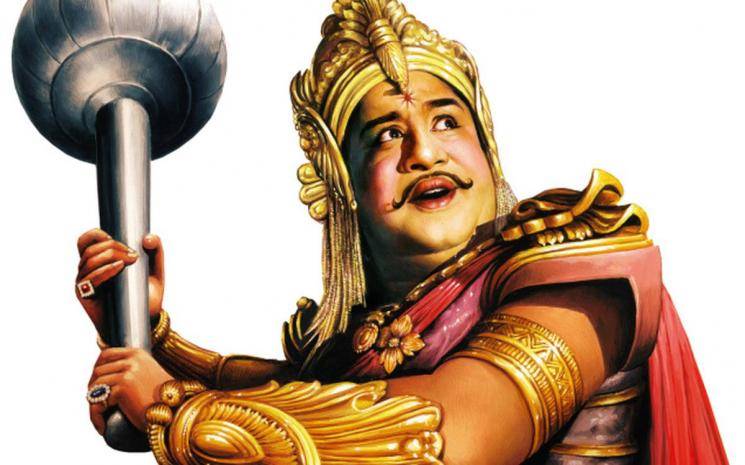 This historical film tells the story of Karnan (Sivaji Ganesan) who was abandoned by his mother Kunti and raised by a charioteer named Athirathan. When Karnan grows up, he realises that Athirathan is not his real father and leaves his family to become a warrior.

This historical animated action film narrates the quest of an 8th-century noble warrior, Rana (Rajinikanth), who seeks revenge after witnessing the unlawful punishment administered to his father, a good-hearted warrior in his kingdom, by the jealous ruler Raja Mahendran.

This historical drama is set in the early 20th century and tells the tale of two rival theatre artists, Thalaivankottai Kaliappa Bhagavathar (Siddharth) and Melachivilberi Gomathi Nayagam Pillai (Prithviraj Sukumaran), and the competition that exists between them in Sivadas Swamigal's drama troupe. Post the mid-point, the film delves into the independence related drama.

This historical comedy revolves around Ukraputran who discovers royal origins and decides to swap places with his dumb twin brother. He exposes his evil uncle and also manages to save the kingdom from the Britishers.

Based on Su.Venkatesan's novel Kaaval Kottam, this historical period story begins when the queen's necklace gets stolen and the king blames Komboodhi (Pasupthy) and his tribe for it as they steal from the rich in order to make a living. Later, Komboodhi meets the real thief Varipuli (Aadhi), but he is unaware of his past.

This historical period drama tells us how Thamarai (Khushbu) falls in love with her maternal uncle which invites the wrath of her family. They arrange her marriage with the ruler of a neighbouring country instead. She gives birth to twin boys, Ponnar and Shankar, played by Prashanth.

This historical drama tells the story of V. O. Chidambaram Pillai (Sivaji Ganesan), a revolutionary leader, who starts the first shipping company in India. With the help of this company, he fights against the monopoly of the British over maritime trade out of India.

This historical epic action film's story is that, in the kingdom of Mahishmati, Shivudu (Prabhas) falls in love with a young warrior woman. While trying to woo her, he learns about the conflict-ridden past of his family and his true legacy. After learning that his father was brutally killed by Bhallaladeva Chakravarti (Rana Daggubati), Mahendra Baahubali (Prabhas) raises an army to defeat him and release his mother from the former's captivity.

This historical action film follows the story ten years before the Sepoy Mutiny when Emperor Uyyalawada Narasimha Reddy of the Rayalaseema region fights the British East India Company in order to put an end to their atrocities.

This epic historical war film spins the yarn on a tale that follows legendary naval chieftain Kunjali Marakkar IV (Pranav Mohanlal) who wages an epic war against the Europeans and their allies upon being terrorized by an oppressive Portuguese regime.

The first video song from Silambarasan TR's Vendhu Thanindhathu Kaadu is out and you cant miss this!

The first video song from Silambarasan TR's Vendhu Thanindhathu Kaadu is out and you cant miss this!