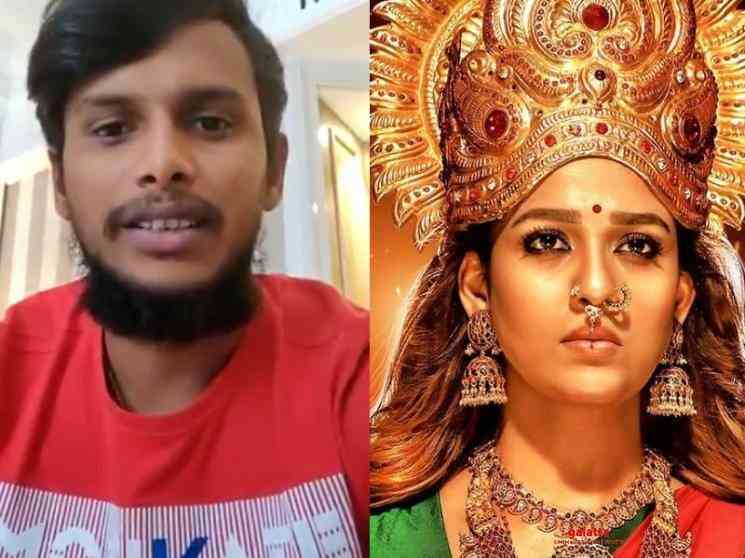 By now, everyone would be knowing Thangarasu Natarajan aka Nattu JP, thanks to his fantastic bowling performance in Dream 11 IPL 2020. T Natarajan is a left-arm medium-fast bowler who is known for bowling yorker length balls. He played for Sunrisers Hyderabad this season and he was one of the key bowlers of the team. During this tournament, T Natarajan bagged the important wickets of world-class batsmen like Mahendra Singh Dhoni, Virat Kohli, AB de Villiers and others. Hailing from the village of Chinnapampatti from Salem, Tamil Nadu, T Natarajan's journey has turned out to be an inspirational story for many.

Natarajan's fantastic performance in IPL has now given him the biggest breakthrough of his career as he would be representing the Indian country for the upcoming tour against Australia. Natarajan has been selected in the Indian T20 squad. The highly celebrated cricketer has now extended his support towards the upcoming Tamil film, Mookuthi Amman, starring Lady Superstar Nayanthara and RJ Balaji in the lead roles. Talking in a video, T Natarajan said that he is excited to see the film. He also added that people from his town are also eagerly looking forward to seeing the film.

T Natarajan said, "RJ Balaji's Mookuthi Amman is releasing on Hotstar for this Diwali and I am eagerly waiting to watch the film. Not just me, the people in my town are also looking forward to the film's release. RJ Balaji has become the favourite of everyone in my town because of his commentary,". RJ Balaji shared this video on his official Twitter page and thanked Natarajan for his support. Mookuthi Amman will be Lady Superstar Nayanthara's next and it is going to be interesting to see how she has portrayed the role of a Goddess.