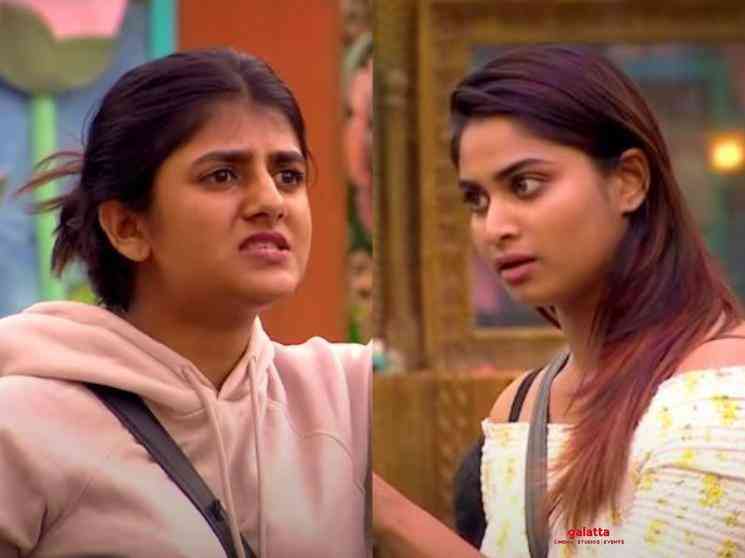 Bigg Boss Tamil season 4 is currently in the middle of its sixth week, with Vijay TV and Hotstar witnessing record ratings and viewership once again. Being hosted by 'Ulaganayagan' Kamal Haasan yet again after the first three seasons, three contestants have so far been eliminated from the show among whom include actress Rekha Harris, singer Velmurugan and actor Suresh Chakravarthy. That said, all sights are now set on who ill be shown the exit door next as the remaining contestants on the show are Ramya Pandian, Rio Raj, Shivani Narayanan, Samyuktha Karthik, Gabriella Charlton, Aajeedh, Balaji Murugadoss, Som Shekhar, Aranthangi Nisha, Anitha Sampath, Sanam Shetty, Jithan Ramesh, Aari and the wildcard entries VJ Archana Chandhoke and singer Suchitra.

In the second promo for Wednesday, we see a continuation of the day's first promo which shows the contestants discussing Balaji Murugadoss' activities in the 'Patti Solai Thattaadhe' task. In the latest promo, we see Balaji being confronted by the Bigg Boss 4 housemates, after he had planned to steal certain elements kept hidden as part of the task. Gabriella especially questions and tells him he’s answered her query in his own honest manner and added that there is nothing more that needs to be discussed. We then see Shivani Narayanan enter the conversation and asks Gabriella as to why Balaji has to give an honest answer. This does not go well with Gabriella, who immediately fires back at Shivani asking her why she is getting involved in something she is not related to in any manner.

The conversation between Gabriella and Shivani begins to turn nasty before Balaji enters and escorts the former away in a bid to simmer down the tension that had arisen. Despite Balaji's efforts, Shivani informs Gabriella that she had not raised her voice to which the latter responds in a stern manner that she will continue to be loud, while challenging as to what she's going to do about it. The incident leaves a majority of the housemates, including Ramya Pandian, Balaji, Jithan Ramesh both agitated and surprised, with Rio Raj towards the end breaking the ice. The promo ends with Rio telling the contestants, "Welcome to Bigg Boss season 4", bringing a huge roar of laughter among all of them.

This latest promo is an intense one from the get-go and shows the contestants questioning the reason behind their activities. We also get further insight into Shivani stepping up for Balaji, with many believing the two are getting close with the passing of each day.