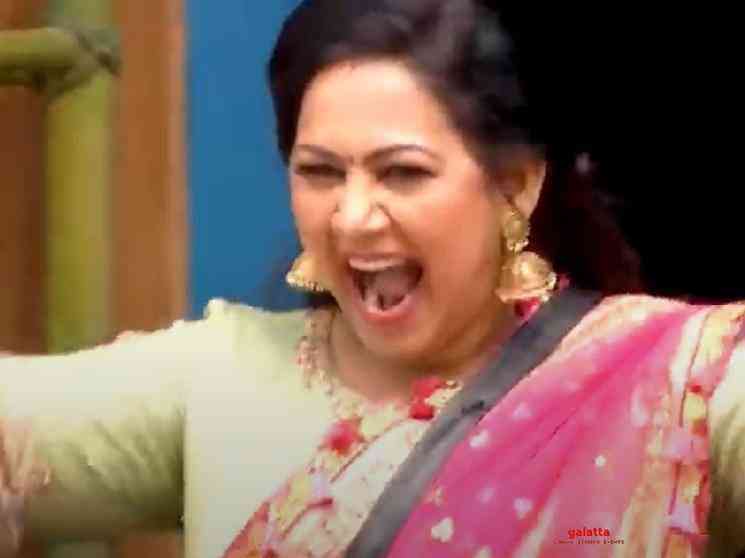 Archana was evicted from the fourth season of Bigg Boss Tamil, last week and her eviction created a sensational buzz on social media. Archana's game plan using 'anbu' (love) as a tool among the housemates received a mixed response from the audience. Unfortunately, Archana received a lot of negative reactions on social media and due to the same, she announced her exit from the Twitter platform since she felt that the hatred was quite high. Talking about it, Archana had tweeted, "I’m exhausted in this love- hate whirlpool!! Tired of clearing speculation!! For the haters who are all set to celebrate my exit from Twitter, I will bounce back stronger! Find your next victim! Goodbye Twitter!! #SpreadLoveNotHate #Iamwhoiam #LifeBeyondBiggBoss". However, she is quite active on Instagram, Facebook, and YouTube.

Recently, one of the fans expressed his interest to see Archana back in the Bigg Boss house, as a wildcard contestant and her reply has now gone viral among the netizens. The fan's comment read, "I must admit that you are the toughest in BB4. You played so well and took all tasks so seriously. Such a committed player. Well done! Hope you get an entry back via wild card!". Archana replied saying, "ayyyooooo!!! Vendaam saami... very happie in my heaven". This reply indeed suggests that Archana is not interested in re-entering the Bigg Boss house again and it has gone viral on social media.

Archana entered Bigg Boss to take a break from her routine and regular life and she mentioned about it in one of the tasks during the show. Now that she is happy outside, we can expect Archana to get back to her forte of hosting shows and programs with grace and elegance. After coming out of the Bigg Boss house, Archana met Jithan Ramesh and Aranthangi Nisha who were evicted a week before Archana's. We are just three weeks away from witnessing the grand finale of Bigg Boss Tamil: Season 4 and the fans are super excitedly waiting for the D-Day.

Going by the current online buzz, it looks like Aari, Balaji, Rio, and Ramya Pandian are more or less confirmed to be the finalists and the remaining one position might be filled by Som Shekar or Gabriella, depending upon their respective games. For now, check out the screenshot of Archana's reply about Bigg Boss 4 wildcard entry here: