Produced by Hari Silverscreens, this film features Sivappu Manjal Pachai fame Lijomol Jose as the other female lead, alongside Aparna. Apart from Rasu Ranjith, Aparna Balamurali, and Lijomol Jose, the film's star cast also includes Eesan, Inba, Sandeep, Karunakaran, Kaalayan Sathya, and others. The film has music scored by C Sathya and cinematography handled by Kavin Raj (Ispade Rajavum Idhaya Raniyum fame). The makers have now released the trailer of the film which looks quite promising. It looks like the film has been shot a few years before. Theethum Nandrum seems to be an intense action entertainer that will also showcase some strong emotions through the characters.

The action sequences look raw and due credits to stunt choreographer Ambrin Bakkar. Aparna Balamurali and Lijomol Jose show promise in this trailer and let us hope that the film turns out to be a quality product. Aparna's romantic moments with Rasu Ranjith are neatly captured and these portions could attract the masses. Sathya's music is also one of the highlights of this trailer. The trailer of Theethum Nandrum was released by director Lokesh Kanagaraj who is currently riding high on the blockbuster success of his film, Master. Sharing the link of the trailer, director Lokesh Kanagaraj wished the entire team of Theethum Nandrum for the grand success of the movie.

Theethum Nandrum is scheduled to release in theatres on March 12. The film's distribution rights has been acquired by T Muruganantham's Rockfort Entertainment, known for distributing movies like Meesaiya Murukku, Natpe Thunai, Irandam Kuththu, and more. Rockfort Entertainment will also be releasing Selvaraghavan's long delayed Nenjam Marappathillai on the 5th of March in theatres across the globe. For now, check out the impressive trailer of Soorarai Pottru fame Aparna Balamurali's Theethum Nandrum here: 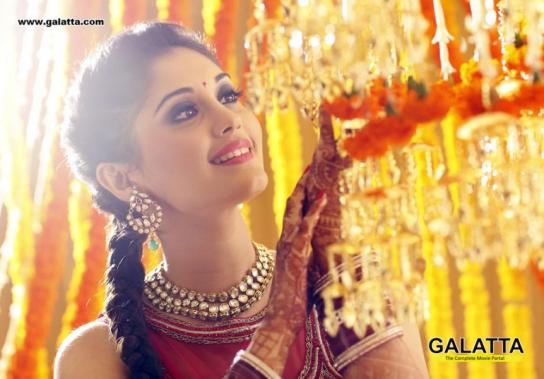