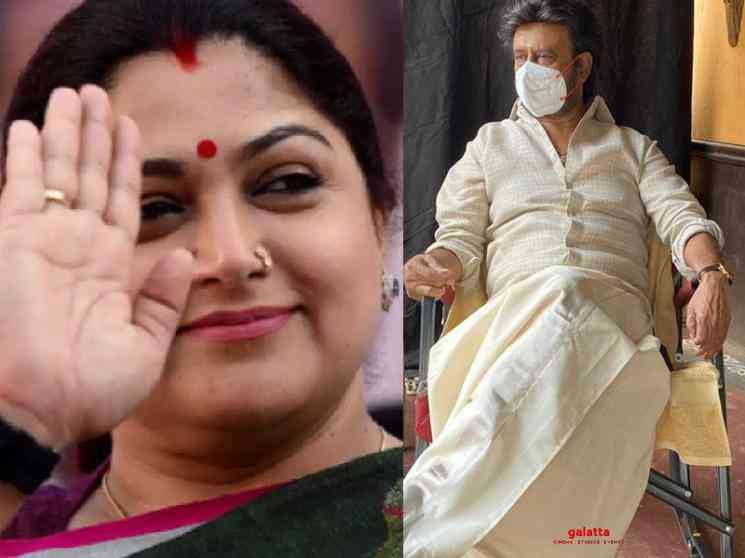 Superstar Rajinikanth was admitted to Apollo Hospital, Hyderabad, on December 25, after his blood pressure levels showed severe fluctuations. Rajinikanth took part in the shooting of his next film, Annaatthe, at Ramoji Film City in Hyderabad and during the schedule, four members of the crew tested positive for CoronaVirus. Following the incident, the shooting of the film was postponed indefinitely and the team members isolated themselves. Rajinikanth underwent a Covid 19 test and the result turned out to be negative. However, since his blood levels showed fluctuations, he was admitted to the hospital in Hyderabad. He is currently said to be in good health and the hospital is expected to take a decision on his discharge by today (Dec 27) evening.

Actress and politician, Khushbu Sundar took to her Twitter page to share Rajinikanth's health update. She informed everyone that the Padaiyappa actor is doing completely fine and his daughter Aishwarya Dhanush is with him at the hospital. Khushbu's tweet read, "#SuperStarRajinikanth is doing well. Spoke to his daughter Aishwarya in Hyderabad. Hoping he will be discharged soon. @rajinikanth Sir prayers for your speedy recovery. 💐💐💖". The fans are also praying for Rajinikanth's speedy recovery and let us wish he gets discharged very soon.

Rajinikanth's Annaatthe is directed by Siva of Viswasam fame and produced by Sun Pictures and the film has been planned to be shot on a grand scale. The film features four female leads, Khushbu Sundar, Meena, Nayanthara, and Keerthy Suresh, while Prakash Raj, Soori, and Sathish will be seen in supporting roles. The film reportedly revolves around the relationship between a brother and a sister and their emotional relationship is said to be the core anchor of the film. Keerthy Suresh plays Rajinikanth's sister in the movie and the fans are eagerly waiting to see the film. Considering the pandemic and Rajinikanth's current health condition, the makers may not be in a rush to complete the film since the safety of all the team members is important.

#SuperStarRajinikanth is doing well. Spoke to his daughter Aishwarya in Hyderabad. Hoping he will be discharged soon. @rajinikanth Sir prayers for your speedy recovery. 💐💐💖