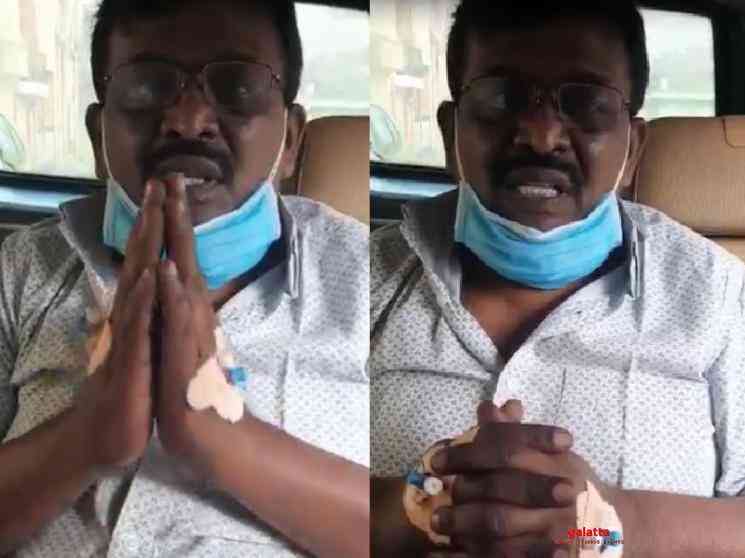 Benjamin is a popular Tamil comedy actor who is widely known for his famous comedy scene with Vaigaipuyal Vadivelu and Parthiban in Vetri Kodi Kattu. He also became popular among the masses after playing an important role in Thalapathy Vijay's Thirupaachi, directed by Perarasu. Benjamin was seen as Vijay's best friend Kannappan in the film and his performance received good reviews. He had later acted in brief roles in movies like Vasool Raja MBBS, Arul, Venghai, Tirupathi, and others. The talented actor recently suffered a heart attack and is currently under medication. Benjamin placed an important request to his well-wishers to provide financial aid for his medical treatment.

Benjamin explained his current health condition and situation through a video and requested for some financial help. He said, "Hello. I am actor Benjamin. A few days before, I had an heart attack. I was admitted to a hospital in Salem, but I am now been asked to leave for Bangalore for further treatments. I am on my way to Bangalore and only after I reach there, I will be knowing about the expenses. I am not financially stable and well-off to pay for my operation expenses. So, I kindly request you to refer your friends and well-wishers who would be ready to extend their helping hand. This is my humble request. Thank you".

He sounded very emotional while talking in the video and let us hope that he gets the needed financial help from people. The video has been garnering attention on social media and a few people have come forward to lend medical and financial help to Benjamin. Notably, the fans are demanding Nadigar Sangam association to help Benjamin and sort the issue out. Will any actor come forward to help Benjamin? Let us hope and pray that Benjamin recovers and returns to normalcy soon.

It can be recalled that popular actor Thavasi (of Varuthapadatha Vaalibar Sangam fame) had recently died due to cancer and lack of financial support. You can watch actor Benjamin's video below: