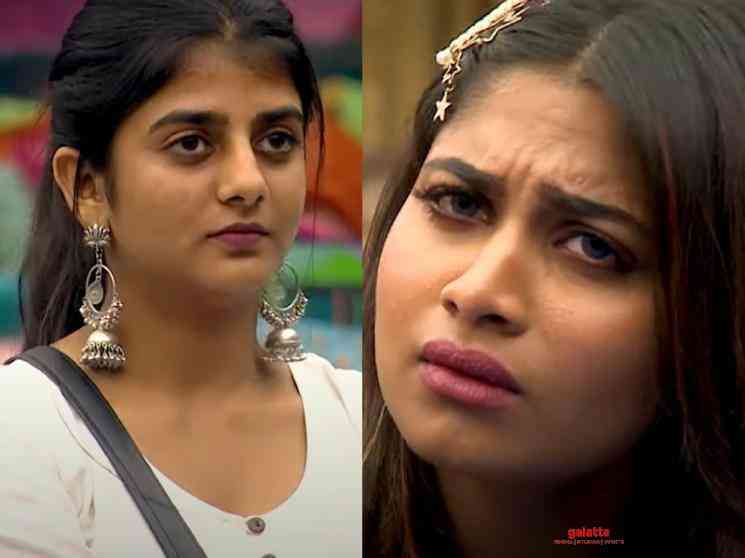 For the past two days in Bigg Boss 4 Tamil, we have been witnessing the housemates perform the luxury budget task in which everyone played the roles of hen and fox. A major complaint among the viewers was that the task was never clear. Many of them opined on social media that they watched the show without even a clue of what was happening since the task was never explained or performed properly. The housemates themselves had several problems, confusions, and arguments about it. All the ten housemates lost as a hen with last night's episode and they will now move towards the next part - nominating the best and worst performers of the week.

Majority of the votes go to Gabriella and Shivani and both of them enter jail, as per the usual practice. Shivani tells the housemates that she accepts the nomination and the results, but not the accusation against her. Gabriella seems to have taken it sportively, but we will have to watch the full episode to know if she expressed any disappointment or anger over it. The choice has been very interesting and fresh this week as we see Shivani and Gabriella going inside the jail. It looks like Kamal Haasan's strong statement about picking the uninteresting performers has delivered the intended impact as we don't see any wrongly chosen ones this week.

The fans have also expressed their happiness about this promo. Keeping this aside, seven housemates have been nominated for this week's eviction process and it includes Aari, Shivani Narayanan, Rio Raj, Archana, Som Shekar, Aajeedh, and Anitha Sampath. Going by the online support and buzz, Aari and Rio are most likely to be saved and the real competition will be between the rest of the five. For now, check out the newly released Bigg Boss 4 promo here: