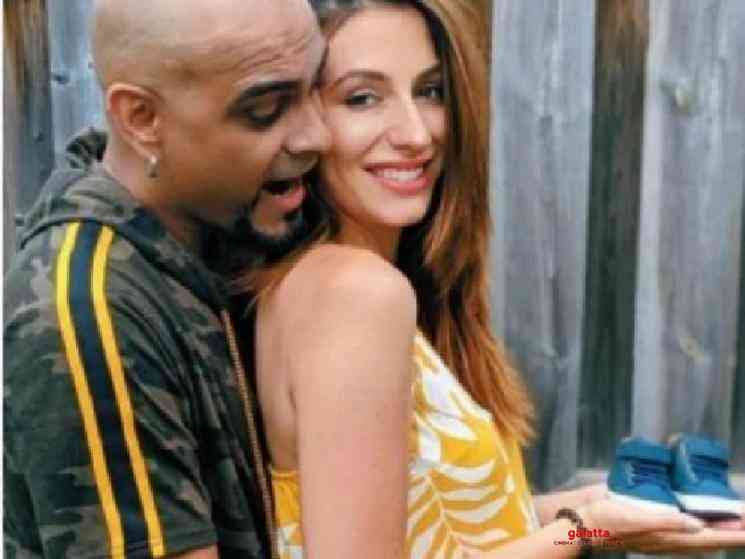 Raghu Ram, who is considered the face of many top shows on the MTV channel, and his wife Natalie Di Luccio, welcomed their first child, a couple of days back! Raghu and Natalie's first child is a boy baby and they have decided to name him Rythm! Natalie Di Luccio is a Canadian singer who was spotted by AR Rahman and has since gone on to lend her voice for a number of Indian albums, including I, Kadal, Chennai Express, English Vinglish and many more! The couple opted for a water birth and Natalie is said to have gone into labour in a pool of water and delivered the baby boy!

Surya Hospitals, a leading health centre in Mumbai, released a press note stating that the delivery happened on January 6th and that the baby was born in a natural delivery. The press note further added that both mother and baby were doing fine. Later, Raghu interacted with the media and revealed that they had named their child Rythm to ensure that it was a multi-cultural and multi-lingual name, which cannot be linked with any religion. He also added that they had been preparing for months and learnt about pregnancy, childbirth and baby care but nothing actually prepared them for parenthood!

Raghu Ram, the creator of superhit TV shows like Roadies, Splitsvilla and Dropout Pvt Ltd, was earlier married to Sugandha Garg but split up in 2018 before marrying Natalie. The couple met during the making of their song 'Aankhon Hi Aankhon Main', in 2016! Natalie is very popular in music circles and has lent her voice for many independent songs as well as movies' music albums! We wish Raghu Ram, Natalie Di Luccio and little Rythm, all the very best!