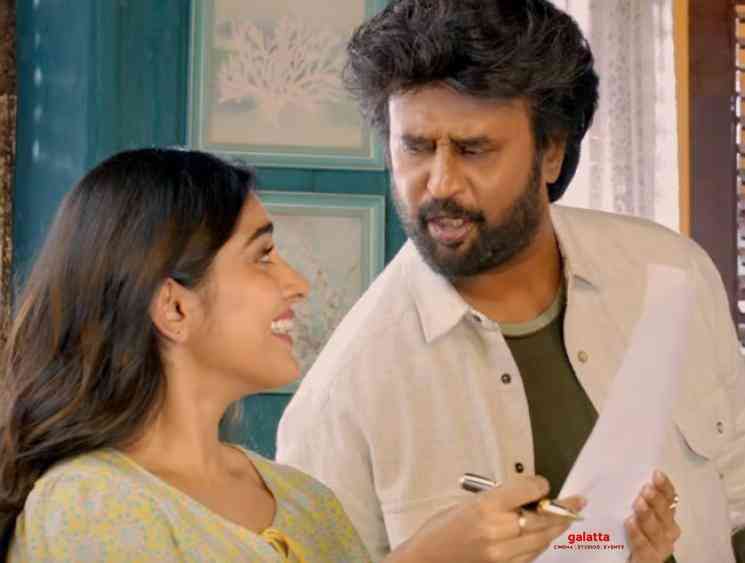 Superstar Rajinikanth’s Darbar is having a good run at the box office and the family audiences have given a big thumbs up to the film. The film is off to a fantastic start and it has indeed put a smile on the faces of the theatre exhibitors and distributors. As the film is running in the theatres, the makers have now released the video of the song, ‘Tharam Maara Single’. This romantic melody number is crooned and composed by Anirudh Ravichander with lyrics penned by Vivek. The visuals of this song beautifully captures the candid moments of Rajinikanth’s love and it is a visual treat to watch the fun and romantic side of the legend.

This is probably one of the best video songs in Rajinikanth’s recent film history and there is no doubt about the viral reach of this song on social media. The fans who loved witnessing the song in the theatres will now share it with delight on their social media platforms. Watch out for the small dance sneak peek in this video featuring Rajinikanth, Nivetha Thomas and Yogi Babu. You are sure to love it!

Directed by A.R.Murugadoss and produced by Lyca, Darbar features Suniel Shetty as the antagonist and Nayanthara as the female lead. The film’s cinematography is handled by Santosh Sivan, while the editing has been done by Sreekar Prasad. The video has been released on the official YouTube channel of Divo Movies, who owns the film’s audio rights. Check out the ‘Tharam Maara Single’ video song from Darbar here (below the images):