Thalapathy Vijay's heroine gets arrest warrant issued against her! 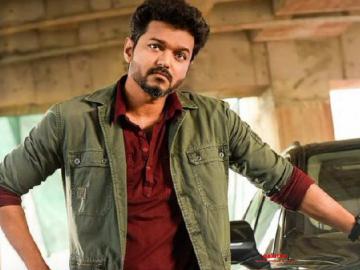 The cinema industry faces a number of regular issues of cheque bouncing and the latest such issue has happened in Bollywood. Ameesha Patel, who made her acting debut in 2000 with the Hrithik Roshan starrer Kaho Naa... Pyaar Hai. She made her Kollywood debut opposite Thalapathy Vijay in the 2003 movie Pudhiya Geethai, playing the second female lead, alongside Meera Jasmine. The movie did not fare well though and Ameesha has not acted in any other Tamil movie since but has been a part of many Telugu and Hindi movies. She has been having an eventful career and was recently seen on the Bigg Boss Hindi show as the owner of the house in its 13th season.

Now, we hear that an arrest warrant has been issued against Ameesha Patel in a fraud and cheque bounce case. Reportedly, a producer by name of Ajay Kumar Singh has filed a complaint against Ameesha and her business partner, stating that they had gotten a loan of Rs. 2.5 Crores from him to make a movie - Desi Magic. However, the film has gotten stuck in the post production stage, since 2014. Ajay Kumar has alleged that when he demanded that the money be refunded to him, he had received a cheque from Ameesha Patel, which got bounced. Ajay has also gone on to allege that he was threatened with dire consequences by Ameesha's team, if he continued to prolong this case.

However, Ameesha Patel took to her Twitter account to give a statement regarding this. She has stated that Ajay Kumar was trying to malign her name with false allegations purely for his self fame. She added that these accusations would be dealt with by the legal system. In a subsequent tweet, Ameesha added that she had chosen to remain silent initially but the response from her fans had forced her to come out with this statement. She also asked such people to "go, get a life". Stay tuned to know how this case proceeds.

Check out her tweets here:

It has been bought to my notice that A certain individual is trying to malign my name and harm my reputation with false allegations purely for seeking self fame by creating public sensationalism. Such actions will be appropriately responded through our legal system.

Such actions will be appropriately responded through our legal system, which I hold in highest esteem. I chose to be silent for a while but the concern shared by my fans makes me put this out. My advice to such attention seekers,,,,,,,,,go ,,get a life 👍👍