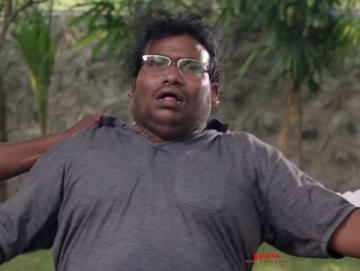 Jayam Ravi's comedy-drama film Comali released on August 15th and the film has become one of the biggest hits of this year. Comali crossed its 50th day at the theatres recently and following the huge success, the movie is being planned to be remade in Bollywood.

Comali is written and directed by Pradeep Ranganathan on his directional debut and the film has two beautiful ladies Kajal Aggarwal and Samyuktha Hegde as heroines in the film. Stars KS Ravikumar, Yogi Babu, Kavita Radheshyam and others also played important roles. Comali is produced by Vels Film International and has Hiphop Tamizha composing the music.

The peppy track Yaara Comali from the movie is one of the hit numbers and the team has now released video of the song. The video portions of Yaara Comali tuned out to be one of the funniest sequences in the movie where Jayam Ravi and Yogi Babu try to get away from KS Ravikumar's goons. Check out the interesting video of Yaara Comali below,