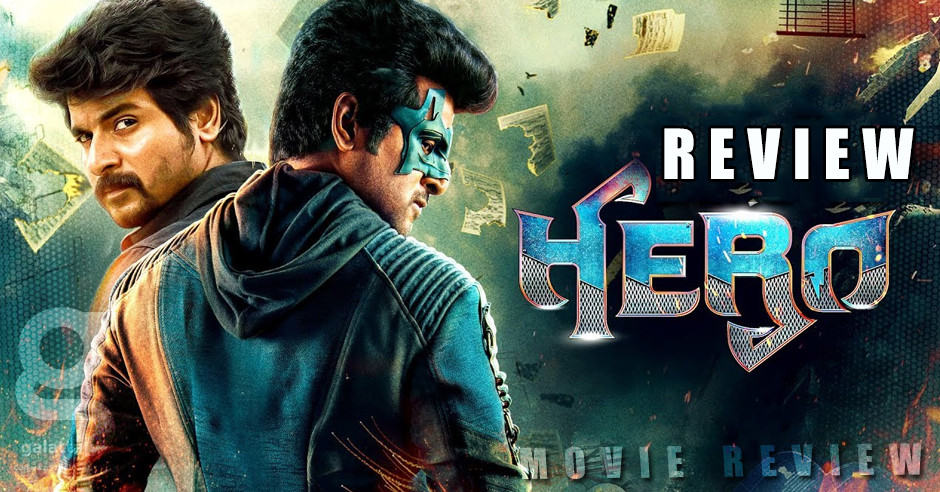 A man takes a stand when sinister forces threaten the scientific innovations of young students. That’s how you can put the story of Hero in a nutshell. Though Superhero scripts are quite a sellable content, Tamil filmmakers have always been sceptical in making such movies. We have had a few superhero films in the past but none making a big impact. You will have to be clever as a filmmaker as the audience are used to such genres and are mostly ahead of the film. Does Hero fall under the list of other superhero scripts that Kollywood has made in the past? We are definitely not going to go there. It is like comparing apples and oranges.

It is never the mask but the man behind it matters the most. Likewise, it is not the superhero but the reason that is he is fighting for gives the kick. And does it give us the kick when Sivakarthikeyan wears that mask? Definitely it does because he is donning for a worthy cause. The film offers a well-judged balance of vigorous action, fun-filled moments and intense social drama. The movie manages to shift sensitively from fun mode moments to intense action mode. You can rather call Hero a social drama than a Super Hero film. There are hardly any fight sequences in the film but whenever there is one, the director makes sure that the theatre erupts.

Action King Arjun is 55 with over 30 years of acting experience. He definitely does not look like a 55 year older. He has given it all, be it his action moves or dialogue delivery. It is nice to see him get a meaty role once again after Irumbu Thirai. This role looks like a mere extension to what he played in Gentlemen 2 decades back. Sivakarthikeyan, on the other hand, is a power house of talent, maybe action is not his forte but he is trying hard and getting better with each passing film. He has constantly been shown as an underdog in the film and when he rises, he becomes invincible, it is something that you could relate to his personal life story. Not much to talk about Kalyani Priyadarshan since she only got just a couple scenes to prove herself.

PS Mithran clearly knows that the subject that he is dealing with his dark and less entertaining. So it looked like he created a superhero to deliver this strong and powerful story to a wider section of the audience. So it is the story that demands the superhero and not the other way around. Mithran was bold enough to not divert the screenplay anywhere for the sake of selling the film. No unwanted songs or scenes just to make things commercial. One more interesting half baked love story from Mithran after Irumbu Thirai.

Yuvan Shankar Raja’s songs are passable while the re-recording seemed apt. At times you feel the music is repetitive and maybe that aspects could have been worked upon in a better fashion. George C Williams frame and colour tone reminds of his previous works, but nevertheless a brilliant effort once again. Some of the high points in the film are the pre-interval fight scene, the innovations that the kids come up with and most importantly the scene where Sivakarthikeyan talks to the people via Television. Do look out for these sequences.

Hero is a maze that moviegoers will be happy to get lost in, an emotional roller coaster with twists so unsettling no choice exists but to hold on and go along for the ride!

Verdict :Less on fun quotient but a very ambitious attempt that needs to be lauded!

Hero is a Tamil movie. Sivakarthikeyan,Kalyani Priyadarshan,Arjun are part of the cast of Hero. The movie is directed by P S Mithran Music is by Yuvan Shankar Raja . Production KJR Studios.