Delhi: After four long hard years of legal battle, Singh, the mother of the victim in the infamous Nirbhaya rape and murder case, won her appeal, with the Delhi court sending the four convicts to the gallows. All four will be hanged at 7 am in Tihar jail on 22 January.

Talking to the media after the verdict was announced, Nirbhaya's mother Asha Devi said, "Execution of the four convicts will empower the women of the country. This decision will strengthen the trust of people in the judicial system." Both the parents stated that their daughter has finally been granted justice. All avenues - even the hangman who might be designated for the convicts - have hailed the verdict. Delhi Commission for Women Chief Swati Maliwal, who had earlier sat in hunger strike when Nirbhaya and Disha rape cases emerged, hailed the apex court’s verdict but condemned the delay in the verdict.

2012 Delhi gang-rape case verdict: Pawan, the hangman from Meerut says,"I'm ready to hang the 4 convicts. Nobody from jail admin has yet contacted me. If I receive the order, I will definitely go. It'll really give a great sigh of relief to me, to Nirbhaya's parents&to everyone" pic.twitter.com/DtXelfQUtJ

The convicts' lawyer, AP Singh has reportedly stated that they will file a curative petition in Supreme Court. A curative petition is the last judicial resort available for redressal of grievances in court, decided by judges in-chamber. Such petitions rarely get an open-court hearing and was mostly used in cases that fell under Article 377 before it was diluted. 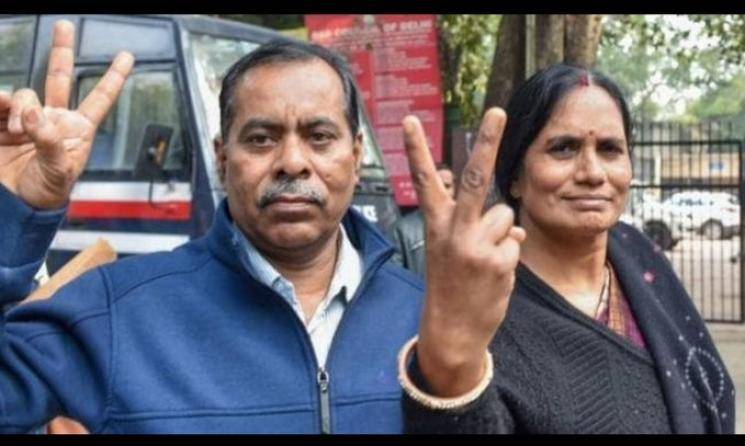 On December 16, 2012, a 23-year-old female physiotherapy intern who was travelling with a male friend was beaten, gang raped, and tortured in a private bus by six men. Around 13 days after the assault, she had succumbed to her horrifying internal injuries. The incident had begun a major debate in how women's safety was a bleak subject in India and the case had garnered international interest, at least online. The six accused included Ram Singh, the bus driver, and his brother, Mukesh Singh, who were both arrested in Rajasthan. Vinay Sharma, an assistant gym instructor, and Pawan Gupta, a fruit seller, were both arrested in UP and Bihar. A seventeen-year-old juvenile from Badayun, Uttar Pradesh, was arrested at the Anand Vihar terminal in Delhi. Akshay Thakur, who had come to Delhi seeking employment, was arrested in Aurangabad. Ram Singh, the primary accused who was notorious for a history of maniac rages, died in prison, in an incident which could either be suicide or murder. Shortly after the attacks, Pawan Gupta said he accepted his guilt and should be hanged. Mukesh Singh, who was placed in Tihar Jail after his arrest, was assaulted by other inmates and was kept in solitary confinement for his own protection. The juvenile - then aged 17 years and six months - was convicted of rape and murder under the Juvenile Justice Act and jailed for three years at a juvenile facility, inclusive of the eight months he spent in remand. He was released on 20 December 2015, allegedly with a one-time assistance with a cash amount ₹10,000 and a sewing machine from the Delhi women and children development department. Post his release it was reported that he was working as a cook.