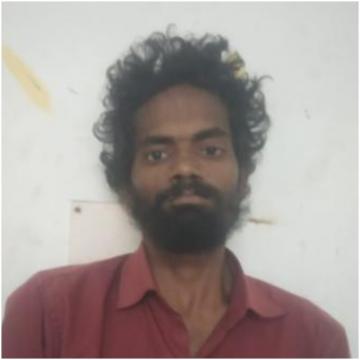 Villupuram: Days after an attempt to bury a girl infant alive was foiled in an Uttar Pradesh town, a similar case was reported in Athandamaruthur village on the banks of River Thenpennai in the district. According to the case registered at the Tirukovilur police station, the 29-year-old man had buried his 17-days-old daughter in the Thenpennai riverbed in the dead of the night while his unsuspecting family slept.

Sources said that Varadharajan, a farmer hailing from Athandamaruthur, had married a woman from the nearby Sundaresapuram one-and-half years ago. When his wife got pregnant, Varadharajan told some relatives that he was confident that the child would be a boy: he allegedly had decided even back then that he would 'abandon' the child if it was a girl. The woman gave birth to the girl child around 18 days ago. Varadharajan reportedly expressed his displeasure that the baby was a girl and talked of getting rid of her even as the baby and the mother were recuperating at the JIPMER hospital, Puducherry, but the relatives discounted this.

A day after they came home, when the baby was only three days old, Varadharajan attempted to harm her but was stopped by relatives who collectively turned against him. On Tuesday around midnight, the mother of the child fed her and retired for the night. When she woke up close to dawn, she found the baby missing from the cradle and panicked. The woman raised hue and cry, following which the relatives awoke and began a search. Varadharajan, who was confronted, confessed that he took the baby out close to midnight and buried her alive of the riverbed, which was around 500 metres away from their farm.

The Tirukovilur Police was informed and the baby's body was exhumed in the presence of police and revenue department officials. Varadharajan, who was promptly taken into custody, was booked under IPC section 302 (penalty for murder), section 315 (penalty for causing the death of an infant or preventing a child from being born) and section 498a (penalty for husband or kin for subjecting a woman to cruelty).