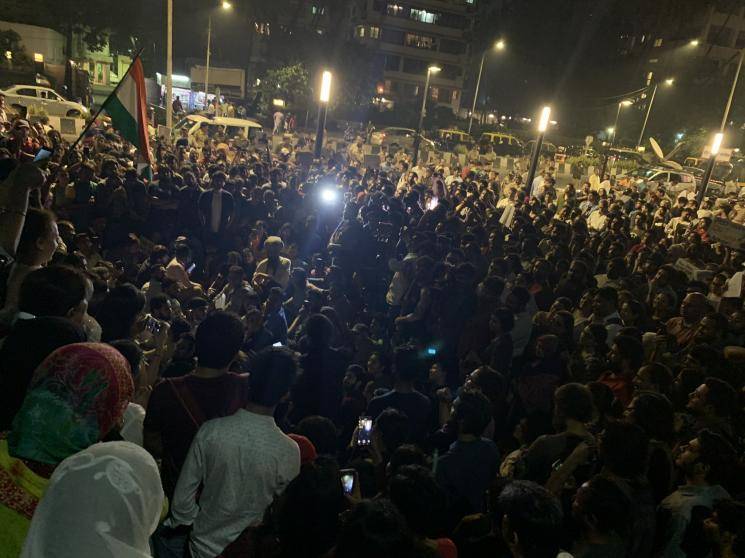 Mumbai: There was a few hours of confusion in Mumbai after news spread that the protesters who gathered at the Gateway and that they were being taken to Azad Maidan, which some claimed was detention.

However, the Mumbai Police have clarified that they had merely required the protesters to change venues in the interest of the public .

Dear Mumbaikars,
Azad Maidan is the designated place for all agitations in South Mumbai as per Hon. HC instructions. However, some agitators gathered at an important South Mumbai location for a long duration without any permission.
(1/4)

According to both the Mumbai Police and most of the protesters, the cops had first asked the crowd to shift to the Azad Maidan as it would be more convenient for the public. When they refused, the policemen nonviolently but forcibly took the protesters in buses to Azad Maidan. There were accusations that this was detention as the police took down the details of those taken in the bus, but it later transpired that they had taken the details as they had technically 'detained' the protesters while they were being transported to Azad Maidan.

There were accusations that the police were not letting people leave, but then, it was clarified that this was a precaution to make sure that the protesters won't return to the gateway. The cops were reportedly letting more protesters join the crowd inside Azad Maidan while keeping them away from the roads. When they did allow the protesters to leave, they hilariously sought verbal assurance from them that they would not return to the India Gate, but would come back to the Azad Maidan if they were continuing protests.

The Mumbai police have been hailed for the amount of cooperation they have been showing the massive crowds of protesters, in stark contrast with the police departments of UP and Gujarat. There has been no police-protesters violence reported in Mumbai even though a sizeable amount of people have been protesting for over a week now.