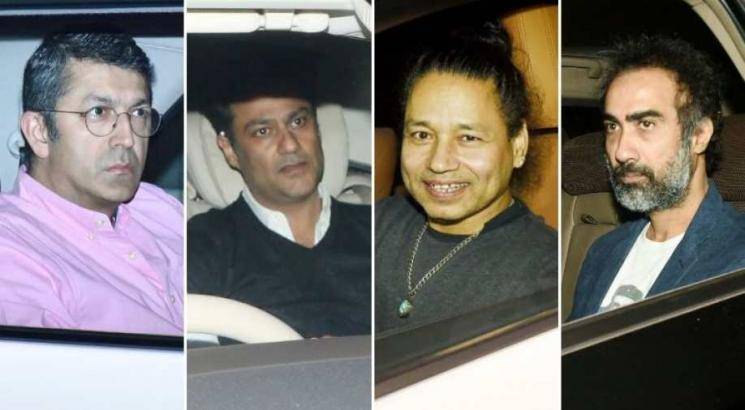 Mumbai: Hours before the allegedly ABVP-instigated violence broke out in JNU, a discussion-cum-dinner took place in Grand Hyatt, Santacruz, Mumbai, with most Bollywood celebrities in attendance. It was hosted by Union Minister of Railways, and Commerce and Industry, Piyush Goyal and BJP Vice President Baijayant Jay Panda. The dinner has been widely criticised by many on social media platforms.

Modi has organized a conversation tomorrow in Mumbai with Bollywood celebrities to gain their support for the citizenship bill. It’s “followed by a scrumptious dinner.”

Do these people have any conscience? History will remember you supported a tyrant.https://t.co/amG8wICuTe

Talking to the correspondent of the newspaper, Indian Express, actor Ranvir Shorey said, “We were mostly clearing the air around CAA. How it’s not about taking the citizenship away but granting it to refugees from neighboring Islamic countries. The government feels there is a lot of misinterpretation, because of which the protests are still going on.” However, he chose to forgo questions on what he thought was instigating nation-wide protests.

Some other celebrities in attendance were Kailash Kher, Urvashi Rautela, Anu Malik, Ranvir Shorey, Bhushan Kumar, Kunal Kohli, Abhishek Kapoor, and singer Shann, Prasoon Joshi, Ritesh Sidhwani, Anil Sharma, Vipul Shah, Gujarati television producers, and directors Jamnadas Majethia, Dilip Joshi and Shailesh Lodha, etc. Bollywood celebrities who came out in protest against the contentious Citizenship Amendment Act (CAA) like Swara Bhaskar, Farhan Akhtar, Anurag Kashyap, Jim Sarbh were conspicuous by their absence. Sources said that those present have stuck to tame questions, clarifying the provisions rather than bring up the points that have been the reason for nation-wide protests.

The public, meanwhile, has decried the meeting in strong words, on social media. There also have been widespread dissent over a speech that Jaggi Vasudev gave in support of CAA after the godman himself admitted that he hadn't read the Act himself.

Do hear this lucid explanation of aspects relating to CAA and more by @SadhguruJV.

He provides historical context, brilliantly highlights our culture of brotherhood. He also calls out the misinformation by vested interest groups. #IndiaSupportsCAA https://t.co/97CW4EQZ7Z

There has been outrage after several of the 'facts' he told his thousands-strong audience turned out to be false. Among the fake claims he made, the popular has been his claim that Hindu marriages were not considered legal in Pakistan. Though this was the case some time back, Pakistan had changed its laws to recognises Hindu marriages some years ago. He also said that a form of NRC existed in every country, which is also fiction. Jaggi also claimed that the police have been exercising restraint, something that the social media and mainstream media have proven wrong over and over.

Meanwhile, there have also been some eyebrows raised as Varun Dhawan, Alia Bhatt, and some others who were present at the dinner later posted in support of JNU attack victims.