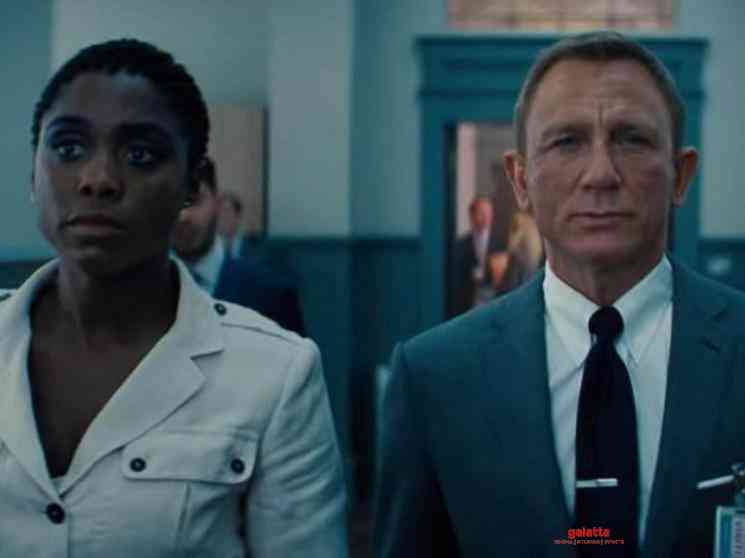 Actress Lashana Lynch, known among fans for starring in the Marvel Studios film Captain Marvel, has revealed that she has been flooded with hate messages and online abuse following the revelation that she will be playing Agent 007 in the upcoming James Bond film No Time To Die. The new trailer for the film revealed that Lynch's character Nomi takes on the 007 moniker in the absence of Daniel Craig, who is shown living in exile in Jamaica. Although it is still unclear as to who will be cast as the next James Bond for future installments after Craig's departure from the role, ardent fans of the franchise weren't too happy upon coming to know that a black woman had stepped in to fill in as 007.

Speaking to Harper's Bazaar, the 32-year-old British actress stated that she deleted her "social media apps, meditated, and saw no one but family" in order to get past the abuse coming her way after the release of the No Time To Die trailer.  Lynch said, "I am one Black woman - if it were another Black woman cast in the role, it would have been the same conversation, she would have got the same attacks, the same abuse." She added, "I just have to remind myself that the conversation is happening and that I’m a part of something that will be very, very revolutionary."

Furthermore, Lynch stated that she had teamed up with No Time To Die's co-writer Phoebe Waller Bridge to get into the skin of her character as she wanted it to be "subtly drawn, believable, perhaps even a little awkward". She said, "A character that is too slick, a cast-iron figure? That’s completely against what I stand for. I didn’t want to waste an opportunity when it came to what Nomi might represent". Citing that her character will come across as authentic to Black audiences, Lynch mentioned that they will for sure root for her. "I searched for at least one moment in the script where Black audience members would nod their heads, tutting at the reality but glad to see their real life represented. In every project I am part of, no matter the budget or genre, the Black experience that I’m presenting needs to be 100 percent authentic," she added.

Initially announced for a worldwide 2020 theatrical release, No Time To Die was postponed twice this year due to the coronavirus pandemic and has since been subsequently scheduled to be coming out in April 2021. The action spy thriller will also feature Lea Seydoux, Naomie Harris, Ben Whishaw, Ralph Fiennes, Rory Kinnear, Christoph Waltz, Billy Magnussen, Jeffrey Wright and Rami Malek.