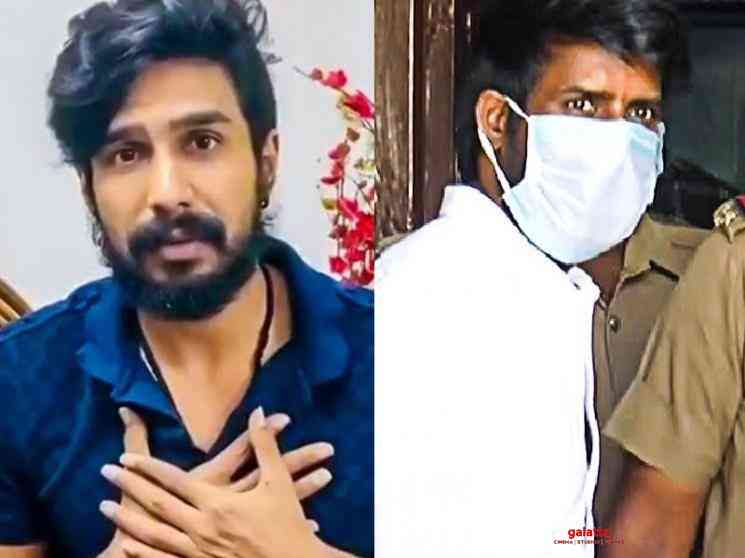 Last month, comedy actor Soori filed a police complaint against 3 people including Vishnu Vishal's father, Ramesh Kudawla. He alleged that was cheated by 3 people for an amount of Rs 2.7 crores under the pretext of a land sale. This news created a huge buzz on social media and among the people of Tamil Nadu. Soori and Vishnu Vishal have acted together in several films and this news came as a shocker for a lot of people. However, Vishnu Vishal said that his father will deal with the case legally and added that his family believes in justice and honesty, claiming Soori's allegations to be false. The case is now under progress and developments are expected to be known in the coming weeks.

The latest new update in the case is that Vishnu Vishal's father Ramesh Kudawla has withdrawn his anticipatory bail. Vishnu Vishal took to his official Twitter page to share this development and he also mentioned that his family is in no way connected to this issue. He tweeted, "Today my father has withdrawn the anticipatory bail. I repeat, there is no involvement from our side whatsoever in the land deal between #Soori and #Anbuvelan producer. We have full FAITH in THE JUDICIARY, THE HON'BLE @CMOTamilNadu & @chennaipolice_ JUSTICE will be served.".

Up next, Vishnu Vishal has quite a few interesting projects which are in different stages of production. He has FIR, which is an action thriller directed by debutant Manu Anand. This film showed great promise through its teaser and let us hope it turns out to be a memorable outing for the Ratsasan actor. Director Gautham Vasudev Menon, Manjima Mohan, Raiza Wilson and Bigil fame Reba Monica John would be seen playing important roles in this film. A few more portions in the film are left to be shot and it is expected to be completed in the next few weeks.

Vishnu Vishal will also be teaming up with Kalavu fame director Murali Karthik for Mohandas, which is planned to go on floors soon. The film is currently in the pre-production stages. He will also be teaming up with his Silukkuvaarpatti Singam director Chella Ayyavu for another comedy entertainer which is expected to take off by next year. Vishnu has already completed and is waiting for the releases of films like Kaadan (directed by Prabu Solomon) and Jagajaala Killadi (directed by S Ezhil). For now, check out Vishnu Vishal's latest tweet about Soori controversy here:

Today my father has withdrawn the anticipatory bail.
I repeat,there is no involvement from our side whatsoever in the land deal between #Soori and #Anbuvelan producer.
We have full FAITH in THE JUDICIARY,THE HON'BLE @CMOTamilNadu & @chennaipolice_ JUSTICE will be served.🙏