Marking Kamal Haasan's 60 years of journey in the field of cinema, Raaj Kamal Films International arranged for special events and programs to celebrate their founder's achievements. As part of that, a musical concert by Isaignaani Ilaiyaraaja was organized last night at Nehru Indoor Stadium in Chennai. This grand gala event was attended by leading stars and directors including Superstar Rajinikanth, directors Shankar and Mani Ratnam, Vijay Sethupathi, Jayam Ravi, Karthi, Tamannaah, Vikram Prabhu, Parthiban, Sathyaraj, and others.

Vaigaipuyal Vadivelu also made a public appearance after a very long time through this event. His presence at this event was a pleasant surprise to everyone as the legendary comedian has been out of action for quite sometime. The ongoing problem on Imsai Arasan 24am Pulikecei is yet to reach a solution and the fans were eager to know when will Vadivelu be back on films. The answer to that question has now been revealed and it is indeed a very big project. 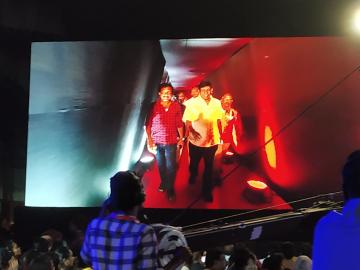 Yes, Vadivelu will be seen in an important role in Kamal Haasan's next film, Thalaivan Irukkindraan, which is to be produced by Raaj Kamal Films International, in association with Lyca Productions. The official announcement on Vadivelu's addition to Thalaivan Irukkindraan was made last night at the Ungal Naan (Kamal 60) event. Vadivelu was last seen in Thalapathy Vijay's Mersal which came out in 2017. This magnum opus will have music by A.R.Rahman. More details are awaited. 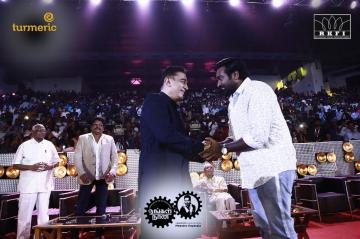 Kavin and Losliya reunite! Check out these pics...