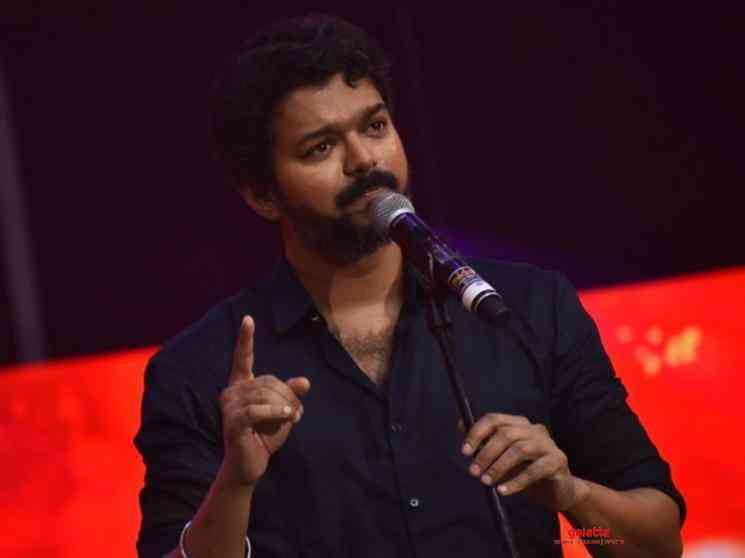 One of the biggest superstars in the country, 'Thalapathy' Vijay has emerged to be the top-ranking actor in South India in recent years, with his popularity continuing to skyrocket each day. A safe bet for many producers and filmmakers, Vijay, who has been a part of the Tamil film industry for more than three decades, has been a subject of debate over the years in regard to his entry into politics among fans, celebrities, personalities from all walks of life, including many political analysts. Last week, both Vijay and his fans were in for a surprise when the media reported the actor had registered the name of his political party with the Election Commission of India. The news spread like wildfire in quick time as fans were informed that Vijay's Makkal Iyakkam had been registered as a political party under the name of All India Thalapathy Makkal Iyakkam.

Soon after, Vijay's father, veteran director S. A. Chandrasekhar issued a statement that the political party was started by him, while adding that his son had not initiated it. SAC had stated that he had decided to take the plunge in politics with his own political party keeping in mind the interests of the members of the Vijay Makkal Iyakkam. Vijay had later in an official press release said that he was unaware of any such developments and informed that his fans association has no connection with the political party flagged off by his father. He further asked his fans not to join SAC's political party, while informing all that he would take appropriate strict action against those who use his name or picture for any political proceedings.

Having said that, Vijay is reportedly holding a meeting today (November 10) with the district secretaries of his Vijay Makkal Iyakkam at his Pannaiyur residence on the outskirts of Chennai. It is being stated that the meeting is being held with around 50 of the 200 district secretaries who manage operations of the Vijay Makkal Iyakkam across Tamil Nadu. It is to be noted that this is the second occasion the actor is hosting a meeting for members and office-bearers of his fans association after he met a few from Trichy, Madurai and the Kanyakumari districts in the fans and welfare organization last month. Although not much is known at this point as to what is being discussed in the ongoing meeting, fans will be expecting a word from the actor on the recent developments that involved his father S. A. Chandrasekhar’s newly-launched political party.