Suriya’s Soorarai Pottru has been in the news for the past few days, thanks to the team’s innovative plans of marketing the film. Directed by Sudha Kongara of Irudhi Suttru fame, the second single from this film is finally out for the public reception and it is all set to take the social media buzz. This melody track, which is called ‘Veyyon Silli’, was launched this evening inside a flight, SpiceJet Boeing 737 and it was unveiled by Mr Ajay Singh, Managing Director of Spice Jet.

The song has been composed by G.V.Prakash Kumar and crooned by Harish Sivaramakrishnan, while the lyrics have been penned by Vivek. The 1-minute video of the song which was released a few hours back opened to a very positive reception from the fans. The classy visuals support the song beautifully. Harish’s rendition and Vivek’s lyrics prove to be the biggest strengths of the song, apart from G.V.Prakash’s impressive composition.

This melody number has the potential to reach the masses and it looks like G.V.Prakash, the composer is continuing the Asuran form in style. Produced by Suriya’s 2D Entertainment, Soorarai Pottru is scheduled to be released this summer. On the technical front, the film has cinematography by Niketh Bommi and editing by Sathish Suriya. Check out the Veyyon Silli song lyric video from Soorarai Pottru here (below the images): 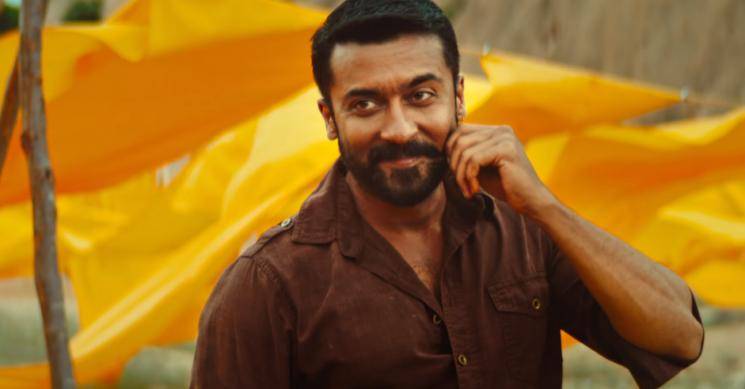