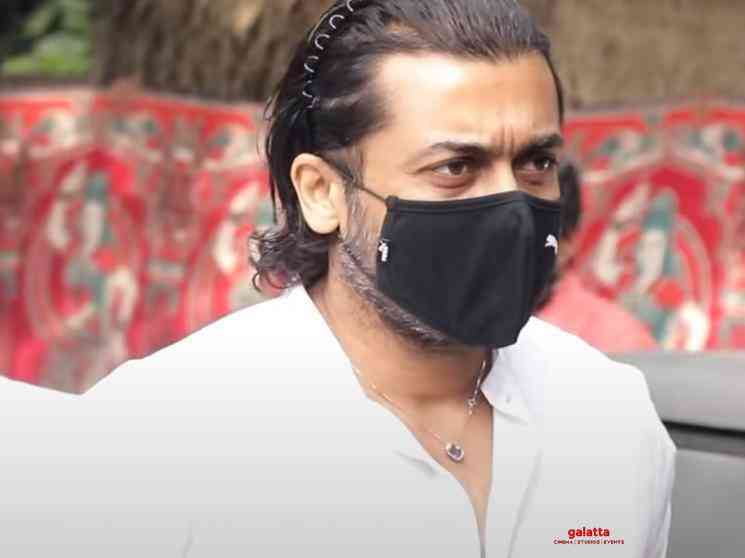 We are just a few hours away from witnessing Paava Kadhaigal, the Tamil anthology film, directed by Vetri Maaran, Gautham Vasudev Menon, Sudha Kongara, and Vignesh Shivan. This highly anticipated film will stream on Netflix platform from tomorrow and notably, the project marks the streaming giant’s first original work in Tamil. The fans are super excitedly waiting to watch the film and let us hope that the expectations are fulfilled. Paava Kadhaigal consists of four short stories that commonly deal with the theme of sin and honour killing.

The film’s trailer and promos showed good promise and intent. Director Vetri Maaran’s portion titled Oor Iravu features Prakash Raj, Sai Pallavi, and Madras fame Hari (Johnny) in the lead roles and it revolves around the relationship between a father and her pregnant daughter. Gautham Vasudev Menon’s directorial (Vaan Magal) features himself, Simran, and Aadhitya Baaskar in the cast. Sudha Kongara’s film will have Kalidas Jayaram, Shanthnu Bhagyaraj, and Bhavani Sre as the protagonists. Anjali and Kalki Koechlin will be seen as the leads in Vignesh Shivan’s portion, titled Love Panna Utranum. Vignesh’s portion is said to have been treated on a lighter note while the rest of the three is expected to leave the audience with a heavy heart.

Ahead of the film’s release, Suriya took to his official Twitter page to share his comments. Suriya, who watched the film through a special preview, was all praise for the entire team of Paava Kadhaigal. He tweeted, “So refreshing to see fresh content from my favourite directors!! Must watch!”. In particular, Suriya expressed his love for his Soorarai Pottru director Sudha Kongara’s film which is called Thangam. “Again a new world! #Thangame What a story to tell Sudha!! Loved it!!! #SudhaKongara @gvprakash @BhavaniSre @kalidas700 @imKBRshanthnu @NetflixIndia #PaavaKadhaigal”, tweeted Suriya.

It looks like Sudha’s portion is the most favourite among the four, for Suriya. The talented actor had recently wrapped up shooting for his debut digital project, Navarasa, that is being made as an anthology under Mani Ratnam’s production. Suriya will be seen playing the lead in Gautham Menon’s directorial that has cinematography by PC Sreeram and music by Karthik. Suriya is also gearing up to begin shooting for his untitled next with director Pandiraj under the production of Sun Pictures. For now, check out Suriya’s latest tweet about Paava Kadhaigal here: