Popular Tamil director Chachi entered wedlock on Wednesday, September 1 in Chennai and the wedding event was graced by several film and television personalities. Director Chachi tied the knot with Saranya, who is a Doctor by profession. The wedding took place at Vijay Raja Wedding Hall in Kovilambakkam. Chachi also happens to be the brother-in-law of popular Tamil comedian, Sathish. Sivakarthikeyan graced the occasion with his presence and congratulated the newly married couple. Sivakarthikeyan shares a close rapport with comedian Sathish and his presence must have definitely added more colour to the event.

Sivakarthikeyan's close friends, Dinesh Kannan and Sridhar were the producers of Chachi's debut directorial film. Mirchi Shiva, music director Ghibran, cinematographer PG Muthiah, Ajay Raaj, Riythvika, Venba, Kirthika, Amudhavanan, Akash, Kuraishi, KPY Dheena, Jomin, Dinesh Kannan, Cook with Comali fame Bala, Adams, Tiger Thangadurai, were some of the other notable personalities who were present at the wedding event. The pictures and videos from the wedding event are now doing rounds on social media, garnering attention from the fans. At this moment, Galatta Media congratulates director Chachi and Saranya on their wedding and wish them a happy life together.

For the unversed, Chachi is known for directing the Vaibhav starrer Sixer and it was his directorial debut. Sixer was noted for its interesting concept where the protagonist suffers from night blindness. Produced by Wallmate Entertainment, the film had music composed by Ghibran. Palak Lalwani, Sathish, Radharavi, RNR Manohar and others played supporting roles in the film which received mixed reviews from critics.

An official announcement on Chachi's second directorial film is expected to be made soon. News is that Chachi is currently busy with the pre-production works of the said film. Happening days ahead for the young filmmaker! Find below few pictures from the wedding event of director Chachi and Saranya. 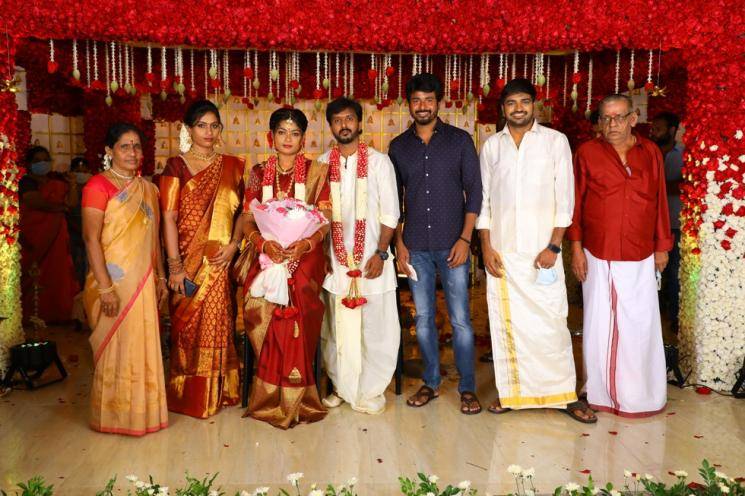 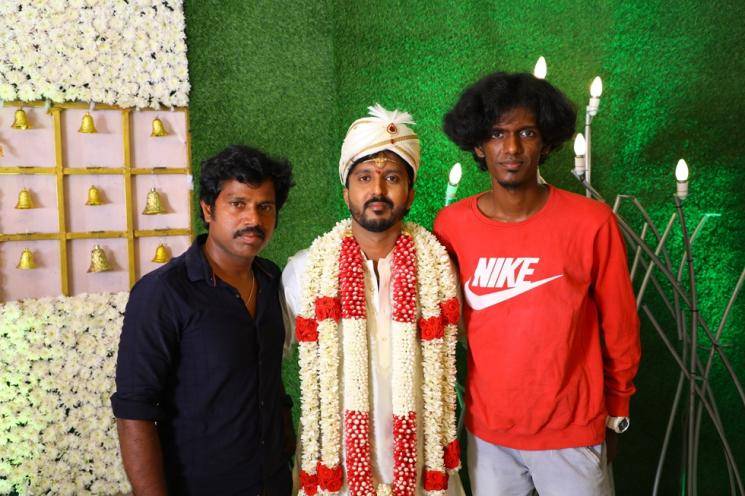 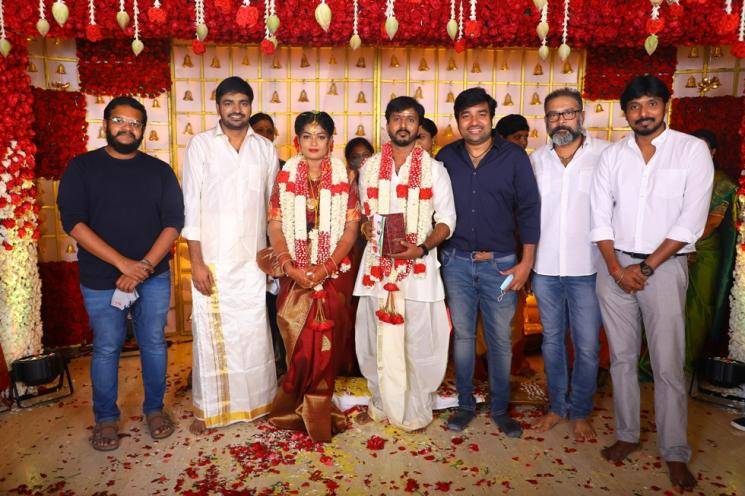