Priyadarshini Ponvannan, daughter of popular celebrity couple, Ponvannan and Saranya Ponvannan, got married yesterday (July 5) in Chennai and the wedding took place in the presence of the family members and close friends of the couple. Priyadarshini got hitched to Vignesh, who is said to be a Doctor by profession. The pictures from the wedding event are now doing good rounds on social media and wishes have been pouring in from all quarters. At this moment, Galatta Media extends its heartiest wishes to Priyadarshini Ponvannan and Vignesh on their wedding and let this new phase of life be fruitful and happening for them.

A grand reception, adhering to the Covid-19 guidelines, took place in the evening and the event witnessed the presence of several film, television, and political personalities. Honourable Tamil Nadu Chief Minister, MK Stalin graced the occasion with his presence and blessed the newly married couple. Stalin's son and MLA, Udhayanidhi was also seen in the event. It can be noted that Udhayanidhi Stalin and Saranya Ponvannan have acted together in Oru Kal Oru Kannadi and a few other movies.

Similarly, actress Devadarshini Chetan took to her official Instagram page to share her congratulatory message to Priyadarshini Ponvannan. Sharing a few pictures from the wedding event, Devadarshini wrote, "I've known this girl since she was an infant @priyaponvannan and today she's a beautiful bride! God bless Priya and Vignesh. So happy for my friend saranya @_dsoft_ ❤".

Saranya and Ponvannan have two daughters - Priyadarshini and Chandini. The elder one is Priyadarshini. Saranya Ponvannan, on her professional front, was last seen in a supporting role in Jayam Ravi's Bhoomi, directed by Lakshman. Up next, she plays an important character in Suriya 40 directed by Pandiraj and produced by Sun Pictures. There are several other projects, as well, for Saranya. For now, check out the latest pictures from the wedding event of Priyadarshini Ponvannan - Vignesh here: 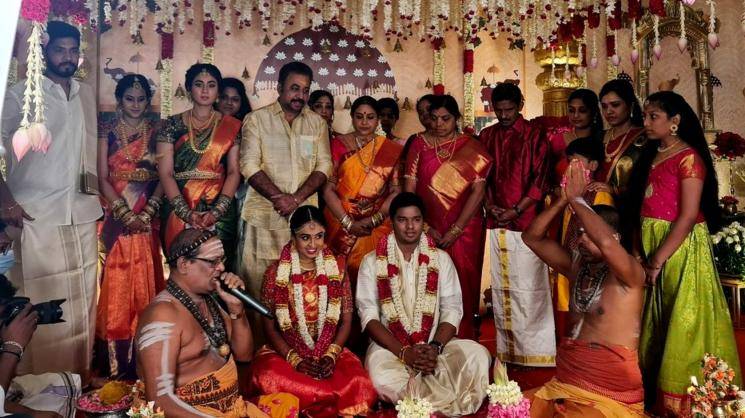 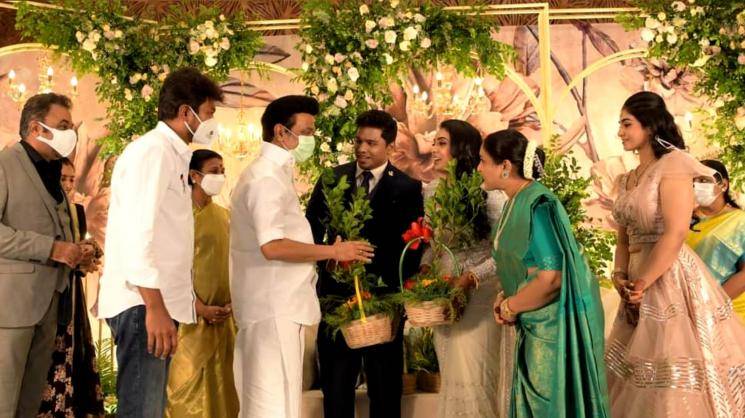 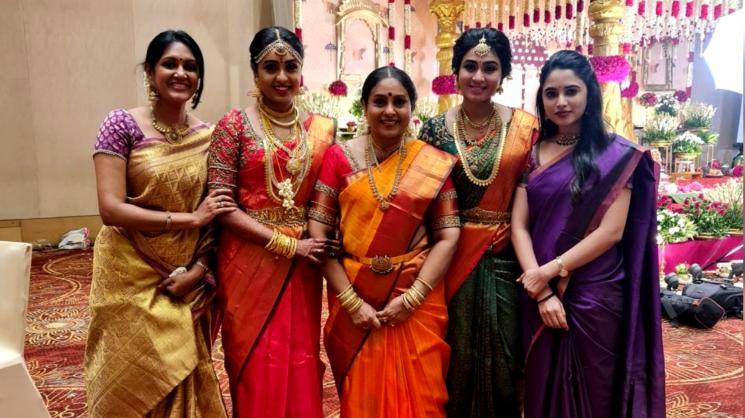