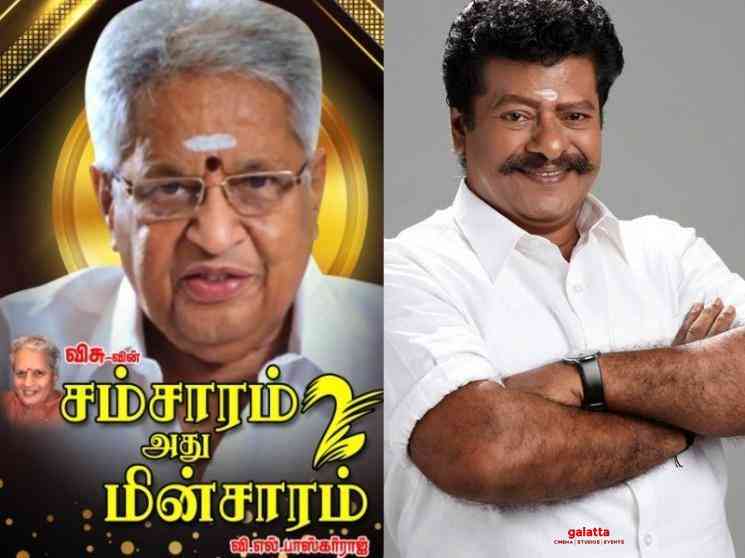 Director Visu's Samsaram Adhu Minsaram is considered to be a cult classic that received critical acclaim and ran for around 25 weeks in the theatres during its release. Notably, Samsaram Adhu Minsaram was the first Tamil film to win the National Film Award for Best Popular Film Providing Wholesome Entertainment. The success of the film paved the way for remakes in Hindi, Telugu, Kannada and Malayalam. The film was a winner among the family audience and it still manages to attract a good viewership when aired on television. Produced by the iconic AVM Productions, Samsaram Adhu Minsaram featured Visu, Lakshmi, Chandrasekhar, Kishmu, Raghuvaran, Delhi Ganesh, Manorama in the lead roles.

Even though Visu directed a lot more movies, Samsaram Adhu Minsaram stands to be one of his best works and it definitely is an evergreen classic. Wonder why we are talking about the film, now? Well, there is a reason! Yes! The film is all set to have a sequel and the announcement about the second part was made this morning (November 6). Samsaram Adhu Minsaram 2 will have story, screenplay and dialogues penned by late Visu. It is said that Visu wanted to film the sequel but couldn't do due to his health problems. Samsaram Adhu Minsaram 2 is said to be one of Visu's ambitious projects and one of his close associates, VL Bhaskar Raj will direct this sequel.

Bhaskar Raj is known for directing the popular Agada Vigadam show on Raj TV. He would be making his silver screen directorial debut with Samsaram Adhu Minsaram 2. As per the reports, the story and screenplay has been written according to the current trend and the problems that occur in a family in today's scenario. Visu's daughter, Lavanya Visu will work as an associate dialogue writer. The makers have initiated talks with veteran actor Rajkiran to play the lead role and further developments are awaited. The film will have music by Bharadwaj, cinematography by Rajavel Mohan, editing by Suresh Urs and art direction by Vanaraj. Pa Vijay has been roped in to write the lyrics.