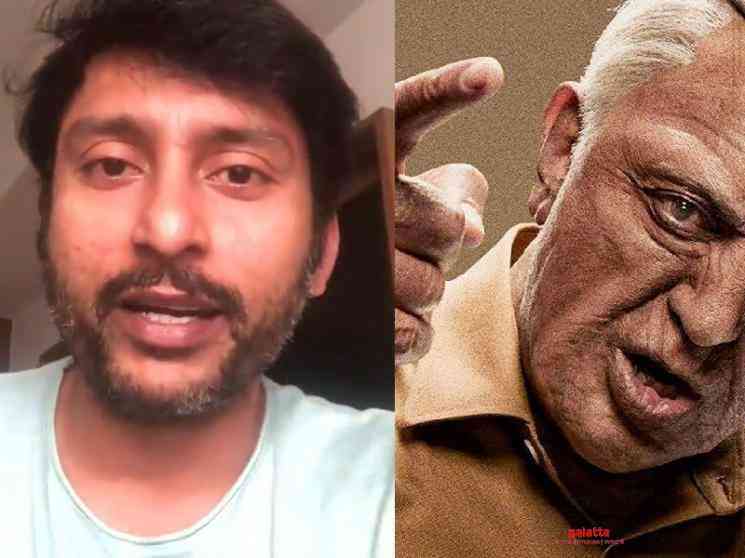 Nayanthara's Mookuthi Amman is all set for a grand digital release on Disney + Hotstar OTT platform on November 14. The film will release on the festive occasion of Diwali and this year is indeed going to be special for the people of Tamil Nadu as they would be witnessing new Tamil releases from the comfort of their homes. The film marks the directorial debut of RJ Balaji who has directed the film along with NJ Saravanan, another debutant. The promos that have been released so far have shown good promise and the film seems to have a good mix of fun and entertainment. As part of the film's promotions, RJ Balaji interacted with his fans and followers on Twitter through a live chat session.

During the interaction, the multi-talented artist answered various exciting questions. One of the fans asked him to share a few words about Indian 2, for which he was approached to play an important role. Answering the fan, RJ Balaji said, "Yes, I was approached to act in Indian 2 and I was totally excited. Getting tickets and watching a Shankar sir film in a theatre in itself is an excitement for me and when I was approached to be a part of his film, I was on cloud nine. Unfortunately, whenever they asked for my dates, I couldn't manage since I already started doing my individual movies like LKG and Mookuthi Amman. I really miss working with Shankar sir and Kamal Haasan sir. I am excited and looking forward to watching the film soon". Well, let us hope that RJ Balaji gets to act in a Shankar film very soon.

When another fan enquired about RJ Balaji's next film after Mookuthi Amman, he said that he would take time and assemble a project. RJ Balaji also added that he has 4 stories and one among those would be developed and made into a film. He also informed the fan that he is in no mood to hurry or start another project soon. RJ Balaji looked quite confident about the final product of Mookuthi Amman and assured that it will be a fun filled watch for the audience on the festive occasion of Diwali. Check out RJ Balaji's video reply about Indian 2 here: