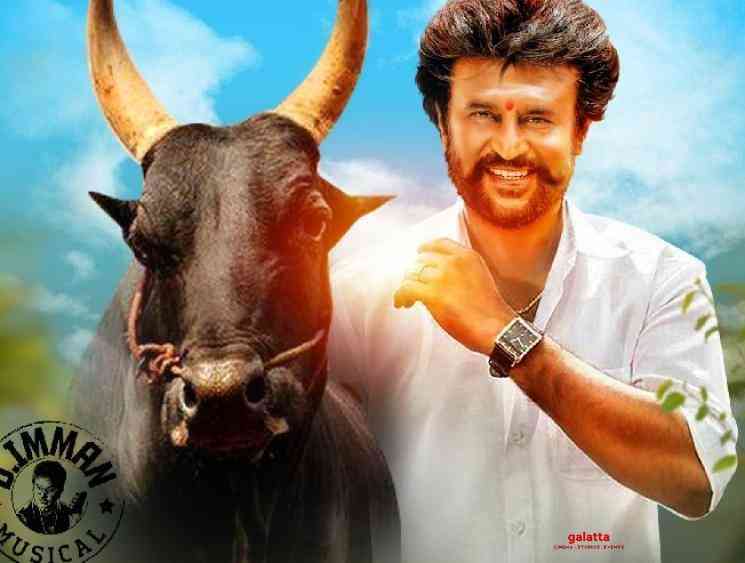 Superstar Rajinikanth’s Annaatthe is surely one of the biggest Tamil films to watch out for and it has got high expectations among the fans. This rural action family drama is directed by Siva and produced by Sun Pictures. The film has music scored by D Imman who is scoring music for a Rajinikanth film for the first time. Meanwhile, a small snippet video from the telecast of ‘Sun Singer’ TV show is doing rounds on social media and this video has D Imman sharing some interesting musical updates about the film.

The Viswasam composer was one of the Chief Guests for the grand finale of Sun Singer show, which was telecast two months ago and during the show, he shared a few words. He said, “Mass-ah vandhutu iruku. The songs are coming out well. We have finished composing 3 songs already. Preparatory works for two other songs are happening.” From this update, the fans have confirmed that Annaatthe will have 5 songs in the album.

Imman’s pulsating background score in the motion poster created a huge buzz and became a big hit among the fans and if the same energy is seen through the album, we can be sure of the success of Annaatthe’s songs. Annaatthe features Rajinikanth, Khushbu Sundar, Meena, Keerthy Suresh, Nayanthara, Prakash Raj, Soori and Sathish in the star cast. The film is scheduled to hit the screens for the festive occasion of Pongal, next year. Check out the viral trending snippet video below: