One of the biggest films announced for a grand release this year, 'Thalapathy' Vijay's Master produced by Xavier Britto under the XB Film Creators banner and directed by Lokesh Kanagaraj was announced to hit screens next month. With the film's release most likely to be postponed to sometime later owing to the nationwide lockdown for 21 days due to the coronavirus that has left thousands dead around the world, the Master team are currently taking a break and have been spending time in their homes with their families. A picture of Vijay, Master heroine Malavika Mohanan, composer Anirudh Ravichander and line producer Jagadish went viral yesterday (March 26) showing the four taking part in a video call among themselves. 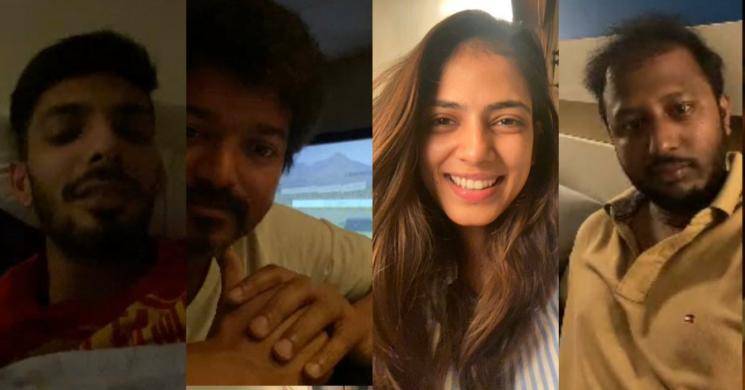 Malavika Mohanan had shared the picture on her Twitter page to talk about the importance of social distancing, which eventually received a tremendous response. However, one follower went on to state that Malavika was using makeup during her stay inside her home with comparisons drawn to Vijay. The Master actress had taken note of the comment passed on to her and questioned back asking as to what makeup can be seen on her face while also adding not to speak rubbish or show hate towards girls. Check out the tweet below: 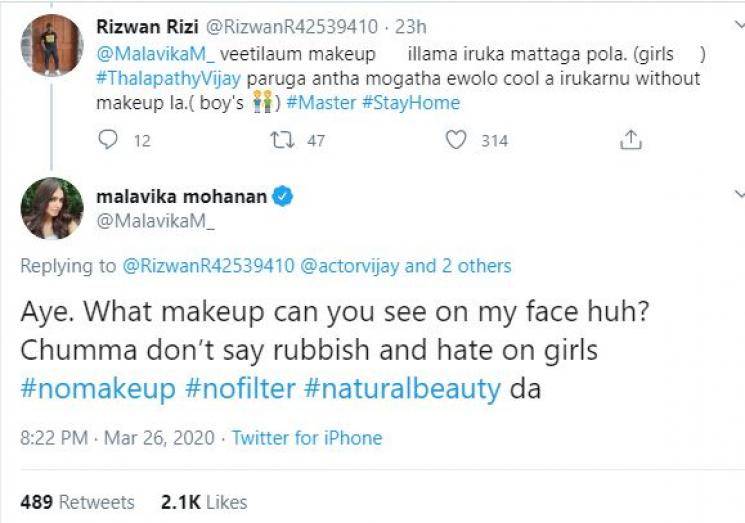 Aye. What makeup can you see on my face huh? Chumma don’t say rubbish and hate on girls #nomakeup #nofilter #naturalbeauty da 😜

The Master Video Call! Here is how Thalapathy Vijay and Master team spend their quarantine time!