The first look poster of Harish Kalyan’s Dharala Prabhu was released a few days back and it opened to a positive response from the fans. The poster was interestingly designed and it made the audience curious to see the film soon. The film, which is the remake of Ayushmann Khurrana’s acclaimed Hindi film, Vicky Donor, is directed by Krishna Marimuthu of Yuddham Sharanam (Naga Chaitanya’s Telugu film) fame. The makers didn’t reveal the music director’s name in the first look poster and the audience were puzzled about it. 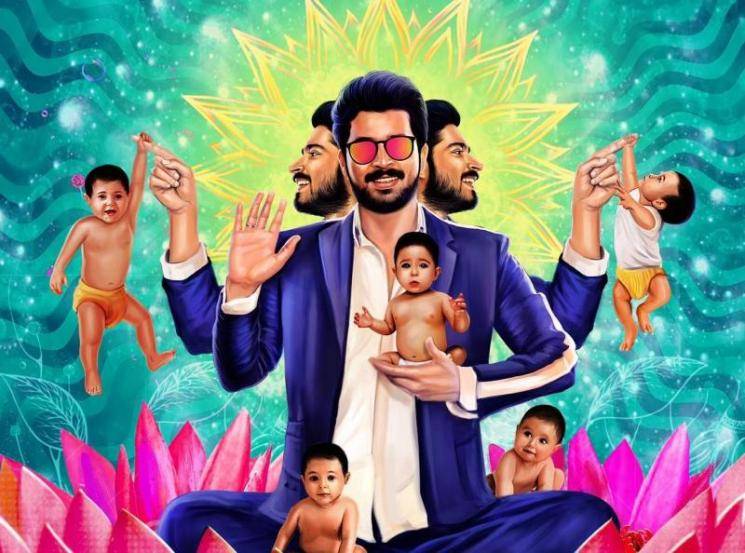 As a pleasant surprise, it has been revealed that the film will have 8 music directors collaborating together for the album. The eight music directors have been revealed and it looks like each composer will compose one song for the film. It is still not clear as to who will take care of the background score. The eight composers names were announced last night and after seeing that, one can be sure of the musical variety we are going to get through this album.

The names include Vivek - Mervin, Oorka the Band (Aadai fame), Inno Genga, Sean Roldan, Bharath Shankar, Kaber Vasuki, Madley Blues (independent band) and last, but definitely not the least, the young rockstar, Anirudh Ravichander. The audio rights have been acquired by Sony Music and we will get to listen to the songs in the coming days. Produced by Screen Scene Media Entertainment, Dharala Prabhu features Thadam fame Tanya Hope as the female lead and Padmashri Vivekh in an important role. Check out the announcement poster below: 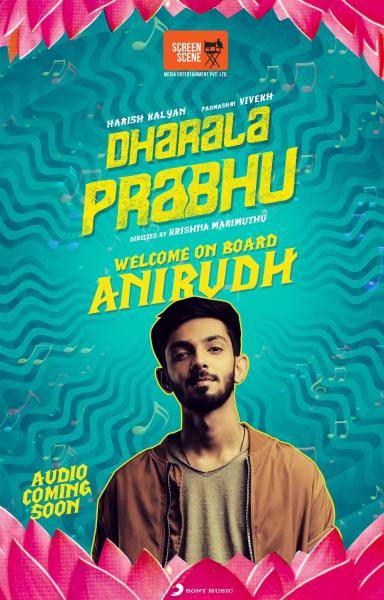 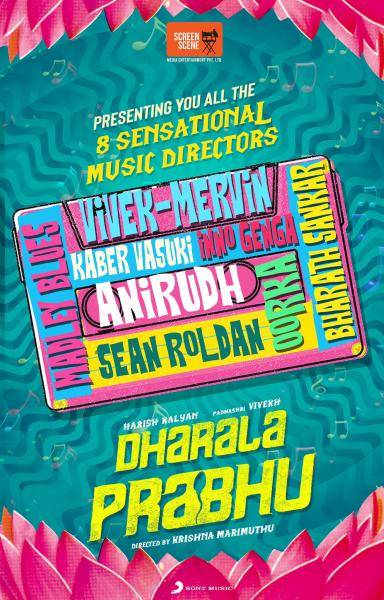