The Ministry of Home Affairs on Friday issued an order under the Disaster Management Act, 2005, extending the nationwide lockdown for two more weeks from May 4. The Home Ministry in their press release also issued new guidelines to regulate different activities during this period based on the risk profiling of the districts of the country into Red (hotspot), Green and Orange zones. There will be considerable relaxations for districts falling in the Green and Orange zones, as per the MHA statement. 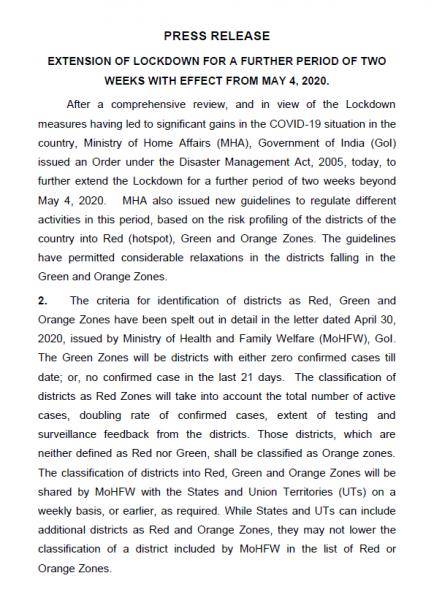 The new guidelines also limit the number of activities around the nation irrespective of the zone among which include
travel by air, rail, metro and inter-state movement by road remaining banned. Schools, colleges and other educational and training/coaching institutions; hospitality services, including hotels and restaurants; places of large public gatherings, such as cinema halls, malls, gyms and sports complexes will also remain shut. Furthermore, permission for social, political, cultural and other kinds of gatherings; and, religious places/places of worship will not be allowed by the Indian government. Below is the Ministry of Home Affairs' complete detailed release: 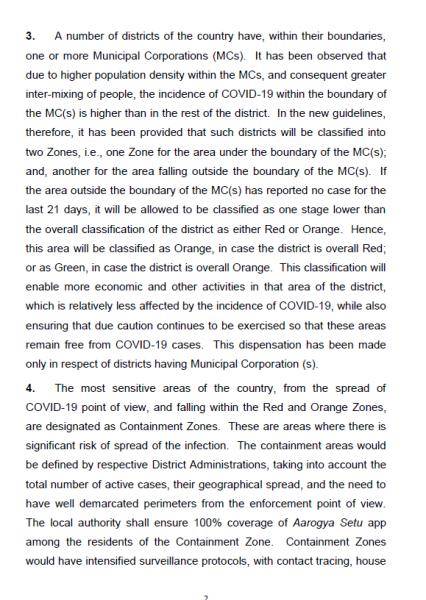 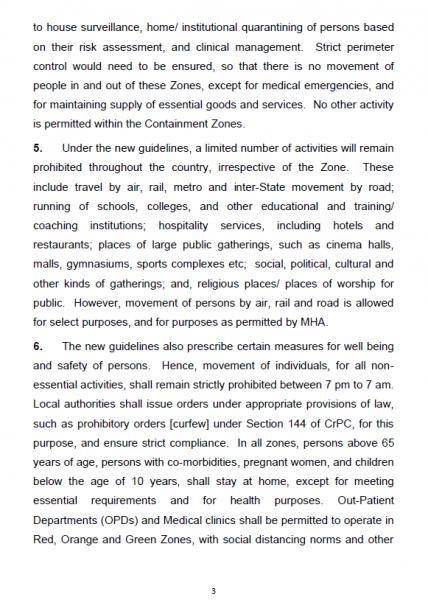 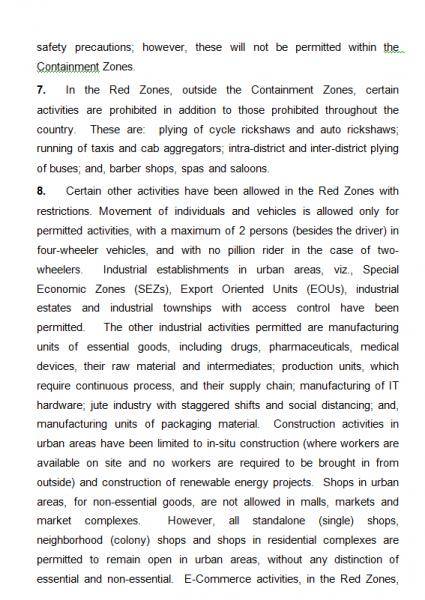 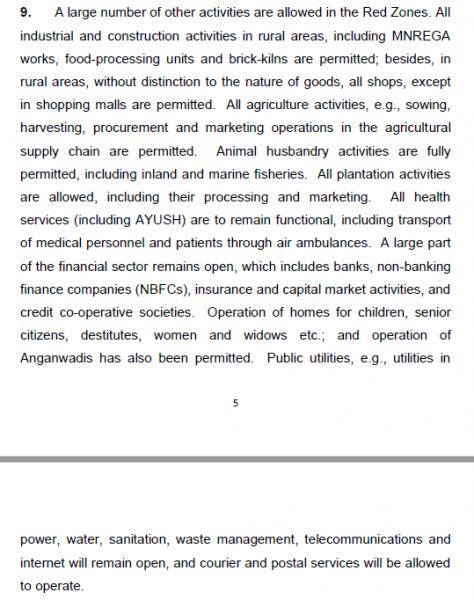 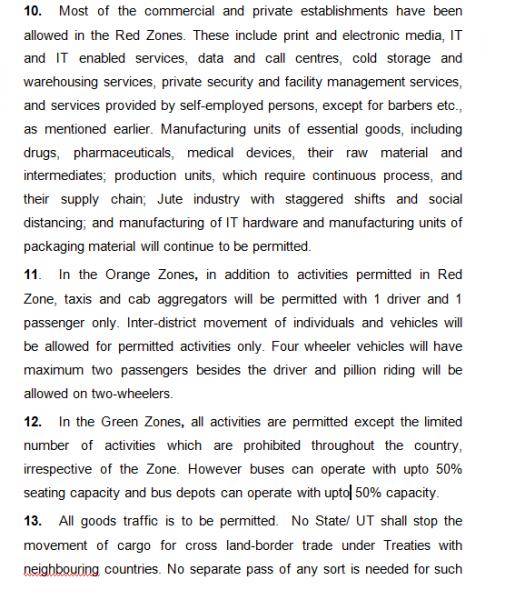 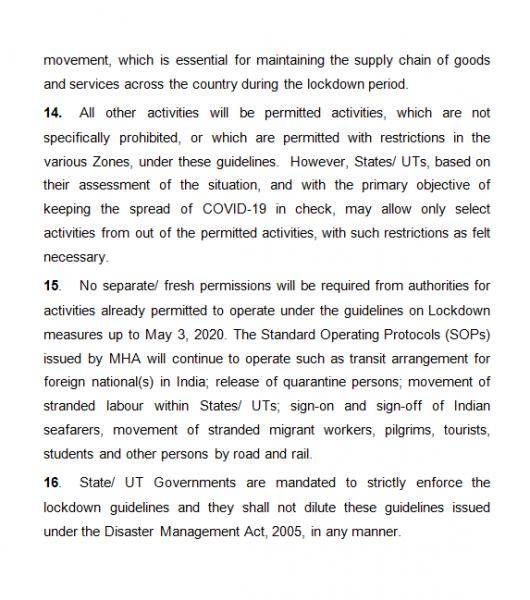 US Congressman hails India and calls it a true leader in fight against COVID!