Thalapathy Vijay's best friend dances with him after 20 years 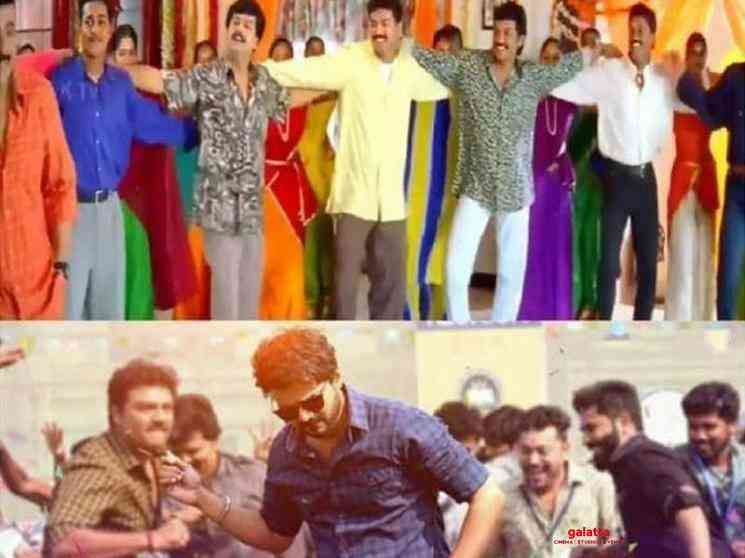 Actor Sanjeev is quite a popular name among the Tamil audience, thanks to his impressive performances in serials like Metti Oli, Thirumathi Selvam, Kanmani, etc. The talented actor is awaiting the release of Thalapathy Vijay’s Master, in which he has played a prominent character. It is a known fact that Sanjeev is Vijay’s best friend and the duo have been sharing a very strong rapport since their college days. Vijay’s college gang of friends include Sanjeev, Srinath (popular actor in Tamil cinema), and a few others who work in other fields. The unseen fun side of Vijay can be witnessed when he is spotted along with his gang of friends and their friendship is well-known among the fans. Very recently Sanjeev shared a photo from a group video call with his friends, as expected, Vijay’s face was also spotted in the video call image. Thalapathy Vijay can be seen all smiles in the photos taken while conversing with his close friends. This photo went had gone viral on the internet. Actor Sanjeev has shared the screen space with Vijay in several films of his like Chandralekha, Nilaave Vaa, Badri and Puthiya Geethai before Master. The last time he had a chance to shake his legs on screen with Thalapathy Vijay was close to 2 decades back when they acted together in Badri. Now after 20 years, they are dancing together in Master for Vaathi Coming track. Sanjeev took to his Instagram space to share this information - “After years! Dance with maams #Vijay ❤️ #Master #ThalapathyVijay.” 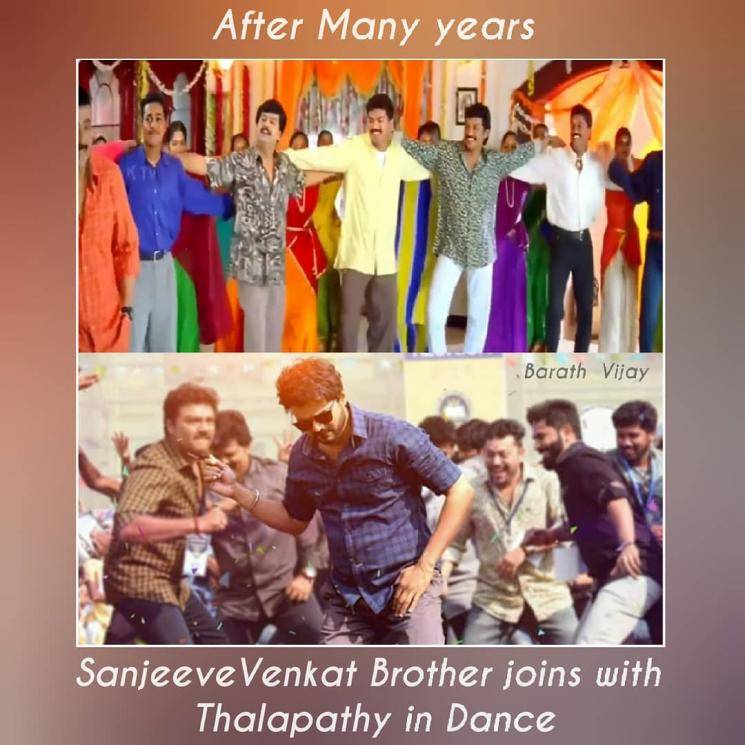 Master is all set and ready for release but has been delayed because of the Corona pandemic and is only expected to hit screens a couple of months after theatres reopen across the world as the international business for the movie too is expected to be high. The movie was supposed to release on April 9th for Summer 2020. Master will see Makkal Selvan Vijay Sethupathi sharing screen space with Thalapathy Vijay for the first time in a movie. Malavika Mohanan plays the female lead in this movie, which has an ensemble cast including Sriman, Arjun Dass, Shanthnu, Ramya Subramanian, Brigida, Gouri Kishan, Sanjeev, Nagendra Prasad and a whole lot of others. Xavier Britto is bankrolling Master under the XB Film Creators banner.