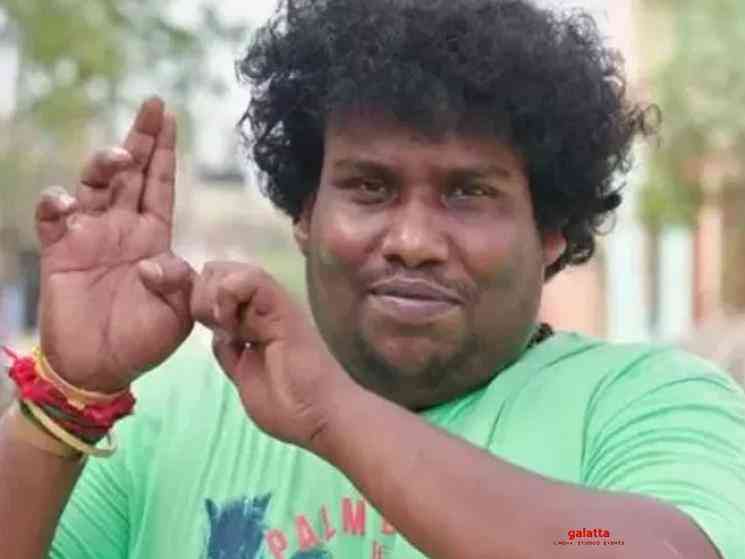 Kollywood is indeed a dream land for many. Having started out as a junior artiste on a TV show, Yogi Babu is now an irreplaceable part of Tamil Cinema and is one of the most busiest actors. He had nearly 32 releases in 2019 of which three had him playing the lead. Yogi Babu currently has sixteen movies in various stages of production. His next release would be the Superstar Rajinikanth film Darbar, which is hitting the screens tomorrow, January 9th! In his decade long career, Yogi Babu has played a plethora of roles, including some with negative shades. However, there is something that Yogi Babu is now doing for the first time ever, in his career!

In the upcoming movie Takkar, Yogi Babu will be seen playing dual roles, for the first time! This talented actor will be seen as both father and son, in the Siddharth starrer! Directed by Kartik G Krish, of Kappal fame, Takkar is being bankrolled by Sudhan and Jayaram under the Passion Studios banner. Divyansha Kaushik, who was seen alongside Naga Chaitanya in the Telugu movie Majili, is playing the female lead in Takkar. The first look and teaser of Takkar are slick and stylish and have created a lot of expectations for the movie!

Reports state that both of Yogi Babu's characters would be sharing screen space in Takkar and producer Sudhan states that Yogi Babu's characters in this movie will make the audiences instantly fall in love with him, just like it happened in Kolamaavu Kokila! Nivas K Prasanna is scoring the music for this movie, which also stars Abhimanyu Singh and RJ Vigneshkanth in pivotal roles. We wish Yogi Babu scales many more peaks!