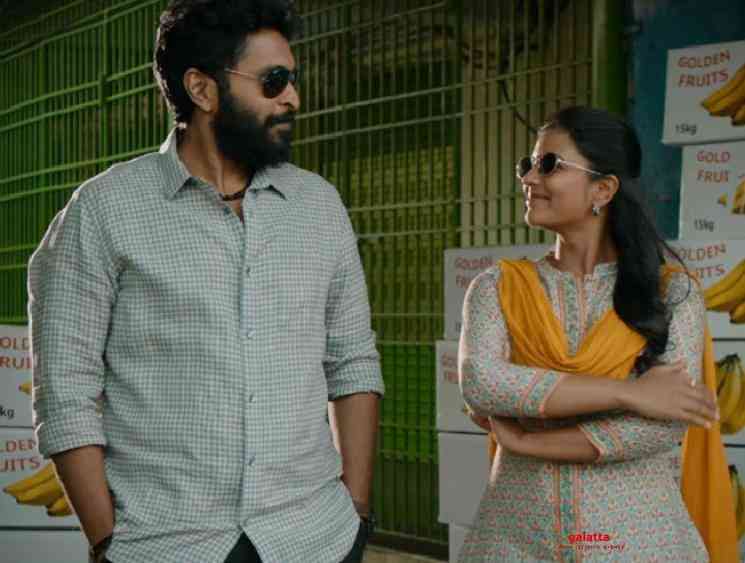 Vaanam Kottattum is an upcoming romantic family drama directed by Dhana, a former associate of director Mani Ratnam. This film is produced by Madras Talkies, while Mani Ratnam has penned the story and screenplay along with Dhana. Starring Vikram Prabhu, Madonna Sebastian, Aishwarya Rajesh, Sarathkumar, Radikaa Sarathkumar, Shanthnu Bhagyaraj and Amitash Pradhan, Vaanam Kottattum has music by the sensation singer Sid Sriram. The theatrical teaser of this film has now been released online and it is sure to gain buzz on the Internet.

From what we see in this teaser, it looks like the film will be high on romance and family emotions. Aishwarya Rajesh gets to play a vibrant young girl who is the sweetheart of the family. Vikram Prabhu plays her elder brother, while Radikaa and Sarathkumar play their parents. It looks like Sarathkumar comes back home after spending a few years in prison. How the family accepts Sarathkumar back in the family seems to be the basic outline of the story.

The film has cinematography by Preetha Jayaraman and editing by Sangathamizhan. Recently, the theatrical distribution rights of Vaanam Kottattum was bagged by Y Not X Studios. Through this teaser, it has been announced that the film will release on February 7. This teaser has been released on the official YouTube channel of Sony Music who owns the film’s audio rights. Check out the teaser here (below the images):