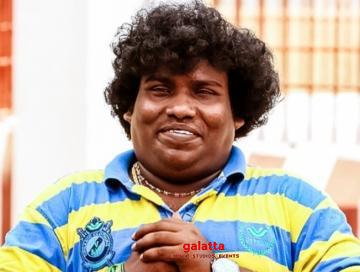 Yogi Babu has established himself to be a credible performer in recent times and is taking up roles with mettle apart from dominating in the comedy sphere. The go-to man these days in Tamil cinema when it comes to comedy, a few popular films the star has appeared over the past few months include Jayam Ravi’s Comali, Jyothika’s Jackpot, Sivakarthikeyan’s Namma Veettu Pillai, ‘Thalapathy’ Vijay’s Bigil and most recently in Action alongside Vishal. Apart from coming on board as a comedic relief, Yogi Babu has also been lately seen in lead roles in films like Gurkha and Dharmaprabhu. Likewise, the comedian was earlier this year announced to be starring as the lead of a film titled, Mandela, which has Maari 2 director Balaji Mohan debuting as a Creative Producer under his Open Window production banner. That said, Y Not Studios, who are producing Mandela jointly with Reliance Entertainment and Wishberry Films have announced that filming has been completely wrapped up. Check out the announcement below:

Being directed by newcomer Madonne Ashwin, Mandela includes music by Bharath Sankar, Vidhu Ayyana for cinematography, editing by Philomin Raj and art direction by Ramu Thangaraj. The title look poster released during the launch of the film was discussed quite a lot by people and teased Yogi Babu’s character as a barber. Furthermore, the plot is said to possibly be revolving around rural politics while also dealing with crucial issues such as water scarcity and voter empowerment.