Ajith has a huge fan base and whenever a new picture or video of his, comes out on social media, it instantly becomes viral among the netizens. Having said that, a new picture of Ajith along with his wife and former actress, Shalini is now doing rounds on social media. This picture has come as a big surprise for everyone and it has already gone viral among the masses. It is indeed good to see Ajith and Shalini together in a picture and the fans are sharing the picture with delight. We are not sure when and where this picture was taken, but it looks to be a recent one. Ajith and Shalini got married in April 2000 and there has been no look back since then.

The much-loved celebrity couple has a daughter named Anoushka and a son named Aadhvik. Ajith is someone known for spending time with his family whenever he gets free time and this newly shared picture also seems to be captured from one such moment. Shalini quit acting after her marriage and her last film in Tamil cinema was the Prashanth starrer Piriyadha Varam Vendum. Recently, there were rumours that stated that Shalini has been approached by ace filmmaker Mani Ratnam to play a small yet important role in his upcoming historical epic, Ponniyin Selvan. However, an official word is awaited.

Ajith, on his professional front, will be seen in Valimai which is his next outing after Nerkonda Paarvai. Ajith Kumar will be seen as a police officer in this action drama that is directed by H Vinoth of Theeran Adhigaaram Ondru fame. Produced by Boney Kapoor's Bayview Projects LLP, Valimai has music scored by Yuvan Shankar Raja and cinematography handled by Nirav Shah. Huma Qureshi plays the female lead, while popular Telugu actor Karthikeya will be seen as the antagonist and it is going to be exciting to see their face-off on the big screen.

Of late, Ajith fans have been garnering attention on social media for constantly asking about Valimai update to several National and International icons and these incidents made Ajith Kumar quite disappointed. Ajith issued a statement requesting his fans to maintain discipline and decorum at public events and assured that the updates will be out at the right time. Valimai is touted to release in theatres, later this year. For now, check out the latest trending picture of Ajith and Shalini here: 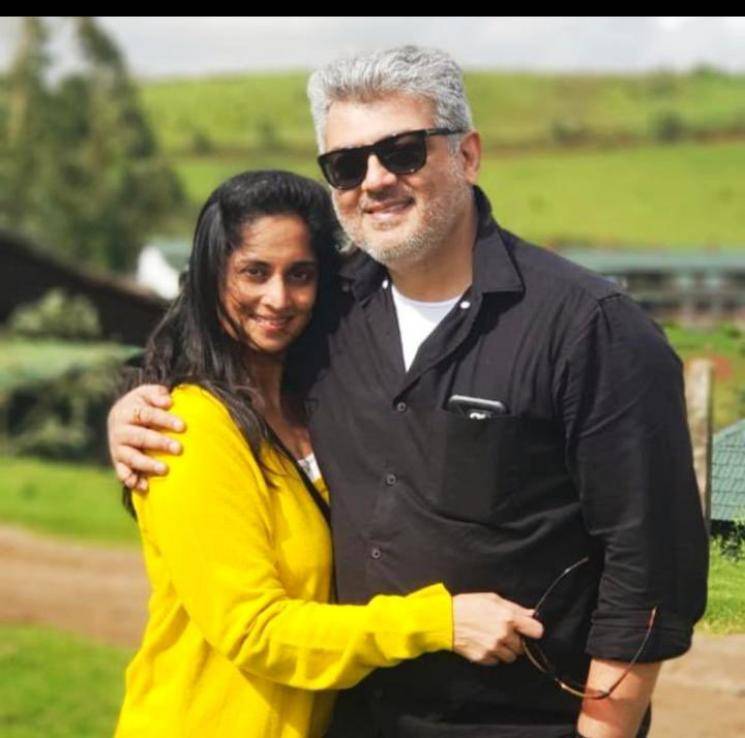