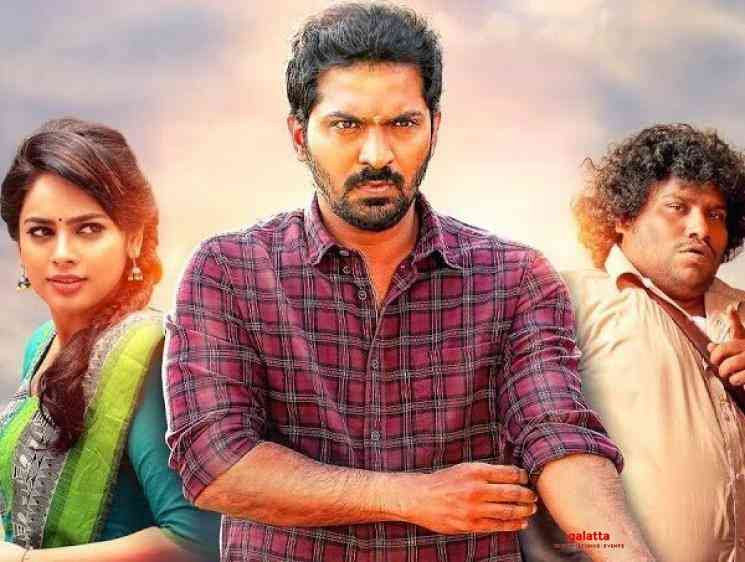 Kollywood star Vaibhav has become a notable name in the industry and the talented actor is now gearing up for the release of his upcoming film titled Taana. The movie directed by Yuvaraj Subramani features Nandita Swetha as the lady love for Vaibhav as Yogi Babu and Pandiarajan will be playing important roles. Taana is produced by MC Kalaimamani and MK Lakshmi Kalaimamani under the banner of Nobel Movies Production. Music for the film is composed by Vishal Chandrasekhar and the songs are penned by Ku Karthick and Thanikodi. Cinematography is handled by Shiva GRN, editing is done by Prasanna GK, art is taken care by Pasar N.K.Rahul and the stunt are choreographed by V Kottee.

The film revolves around a family where most of the members have been in the police force for decades. All, except for Pandiarajan, who vows to make his son Vaibhav a cop one day. The trailer of Taana neatly briefs the storyline which seems to have a lot of twists and turns, including a supernatural element, and is sure to entertain the audiences. Check out the trailer of Taana in the below link,