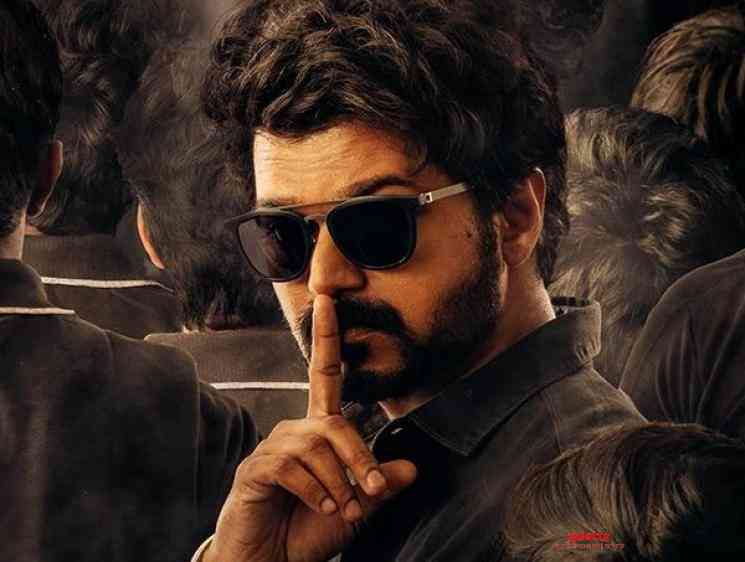 Thalapathy Vijay had a blockbuster hit in Bigil, for 2019! This movie, directed by Atlee, went on to make and break records at the Box Office. Almost immediately after the completion of this movie, he moved on to work on his next project! This new movie, which was originally called Thalapathy 64, has now been titled Master! Directed by Lokesh Kangaraj, Master is being produced by Xavier Britto under his XB Film Creations banner! Rockstar Anirudh is scoring the music for this movie, which is said to be portraying Vijay in the role of a college professor! Earlier, the first look of Vijay from Master was released and today, on the occasion of Pongal, the Second Look has been unveiled!

This second look from Master, shows an exciting pose of Thalapathy Vijay. Just like how the first look was intriguing with a blurry image of Vijay, having a metal bangle in hand, this second look is also quite interesting and is sure to get the audiences highly excited! This second look shows Vijay and a lot of youngsters dressed in Black, with only Vijay's face turned towards us as only the heads of the rest of the peoples are seen! There were a lot of expectations that the second look would reveal Vijay Sethupathi's character's look from Master, as he celebrates his 42nd birthday tomorrow (January 16)! Malavika Mohanan of Petta fame, plays the female lead in this movie, which has an ensemble cast!

Master's cinematography is being taken care of by Sathyan Sooryan, while the editing is handled by Philomin Raj. The cast of this movie includes Andrea, Shanthnu, Arjun Das, Nassar, Sanjeev, Srinath, Ramya Subramaniam, Ramesh Thilak, Lintu Rony, Brigida, Gouri Kishan and a whole host of others. Recently, the Master team canned a lengthy schedule in a Jail campus in the Shimoga district of Karnataka, before beginning the next schedule, in Chennai! Check out the second look here: 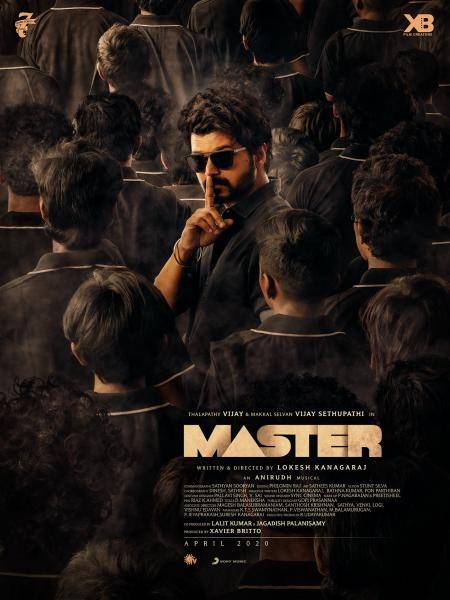