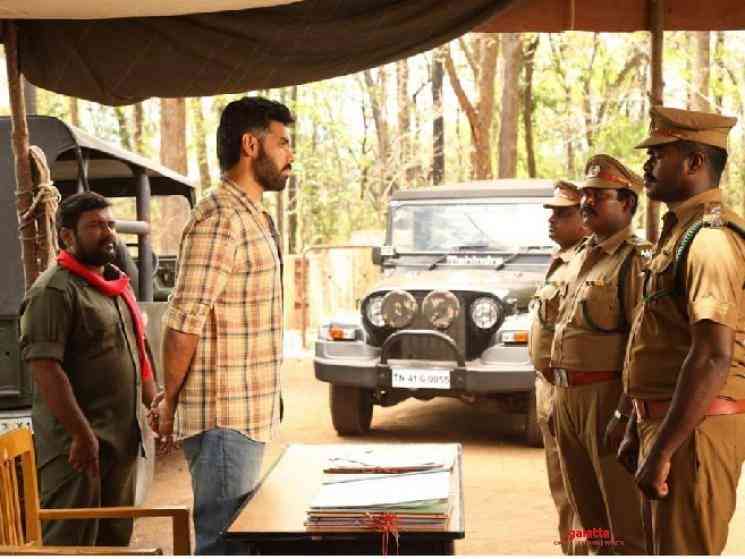 Sibiraj, who is in his second coming in Kollywood, has not had any releases in the last two years. He was last seen in the action thriller Sathya, alongside Ramya Nambessan and Varu Sarathkumar! This movie had a very good reception amidst the audiences. He had since announced a number of movies, which are currently in various stages of production. We now have an interesting update on one of his upcoming movies, which has been titled Ranger!

Ranger's director Dharanidharan has revealed through his Twitter handle that the shoot for the talkie portions of this movie have been wrapped up. His post also states that only the songs and patchwork are pending and that these would also be wrapped up soon! Ranger is bankrolled by Kaviya Mahesh under the Auraa Cinemas banner and is said to be made on a story based on the man-animal conflict! Sibiraj is said to be playing the role of a forest ranger, in this movie, which is also said to involve a man-eating tiger.

The final schedule of Ranger began towards the mid of December and has been wrapped up in quick time. This movie also has the talented Madhu Shalini and Kaali Venkat playing vital roles. Dharanidharan made his directorial debut in 2014 with Burma and he collaborated with Sibiraj for his second movie Jackson Durai. This horror comedy was well received by the audiences and the director-hero duo will be looking to reprise the success with Ranger too.