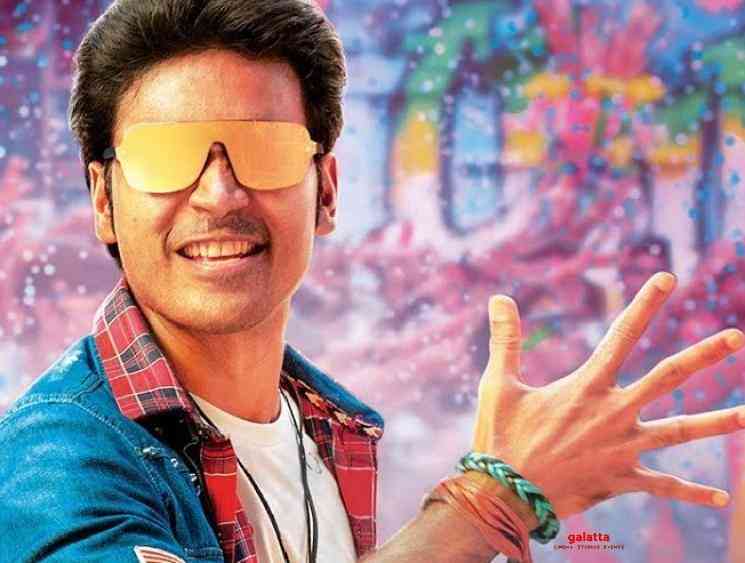 Dhanush’s Pattas which is in the final stages of post-production is gearing up to hit the screens on January 16 as a Pongal festive treat. The film features Dhanush in dual roles, as a father and son. While Sneha pairs the father Dhanush, Mehreen Pirzada will be seen as the love interest of the younger Dhanush. The film has music by Vivek - Mervin and the duo have delivered a commercially satisfying super hit album through Pattas. The songs have become super hits with especially ‘Chill Bro’, ‘Morattu Thamizhan’ and ‘Mavane’ turning out to be chartbusters.

The latest update is that the film’s television telecast rights have been acquired by market leader Sun TV for a whopping price. Sun Network, of late, has been bagging a lot of exciting biggies including Rajinikanth’s Darbar, Thalapathy Vijay’s Master, and now, it is Pattas. Having sold the television rights to Sun TV, the makers of Pattas can be rest assured about the film’s reach and popularity among the household audience.

Directed by R.S.Durai Senthilkumar of Ethirneechal and Kodi fame, Pattas is produced by Sathya Jyothi Films who are coming after the blockbuster success of Ajith’s Viswasam. Dhanush is pairing up with Sneha after Pudhupettai and the fans are eagerly waiting to witness their romance on the big screen. With cinematography by Om Prakash, Pattas features actor Naveen Chandra as the antagonist with Nasser and Munishkanth forming the supporting cast.