'Rowdy Baby' is now the only Indian video song in the world to achieve this milestone! 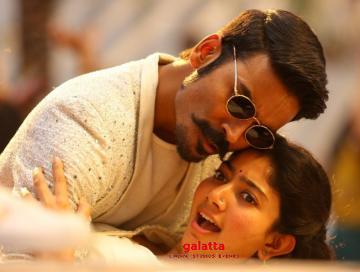 The ‘Rowdy Baby’ track from last year's Maari 2 composed by Yuvan Shankar Raja and sung by Dhanush and Dhee turned out to be a massive hit unlike any other Tamil song in recent times. With lyrics penned by Dhanush himself, the ‘Rowdy Baby’ song choreographed by Prabhu Deva went on to become a raging hit right from the moment the first visuals were unveiled. Featured on the Maari 2 lead pair, Dhanush and Sai Pallavi, the song has now attained a double distinction.

Yuvan Shankar Raja’s ‘Rowdy Baby’ in Maari 2 has now entered the global Billboard charts and is currently the only Indian and Tamil song taking in the seventh spot in the list of the top 10 most-viewed videos in the world this year. Furthermore, YouTube India has declared the song to be the most-watched video of 2019 in the country and is at present standing at over 715 million views after being released online earlier this year on January 2. Check out where 'Rowdy Baby' stands along with the rest of the video songs from various artists around the world.

Maari 2 directed by Balaji Mohan went on to become a success and is a sequel to the 2015 hit, Maari, and features Dhanush and Sai Pallavi in the lead roles with Tovino Thomas as the antagonist, Robo Shankar, Kalloori Vinoth, Varalaxmi Sarathkumar, Krishna among others in supporting roles.