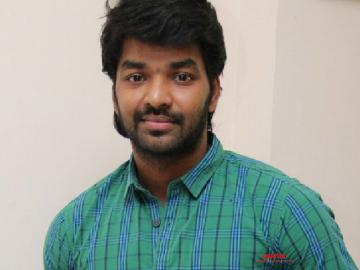 Actor Jai entered movies, playing Thalapathy Vijay's brother in the 2002 movie Bhagavathi. Since then, he has worked in about 24 movies and was last seen on screens in Neeya 2, which released earlier this year. The movie did not fare too well at the Box Office and sank without a trace. However, Jai had a wonderful start to 2019 with his Malayalam debut Madhura Raja, alongside Megastar Mammootty, turning out to become a hit! It has since been known that he is working in his 25th film with veteran director SA Chandrasekar, who is known to have launched and shaped the career of many leading stars in Tamil Cinema.

Jai's 25th movie, which was originally titled Love Matter, was then renamed Capmaari! This project, starring Athulya Ravi and Vaibhavi Shandilya as the female leads, is fast nearing the finish line. An update from the movie's makers states that this romantic comedy has been censored with an A certificate. The update also reveals that the first look of this project would be unveiled at 6:00 pm tomorrow. This movie, which marks SAC's 70th directorial venture, would reportedly be his last as a director. Presented by the Green Signal banner, Capmaari has music by Siddharth Vipin.

Some reports also suggest that Jai has even finished dubbing for his portions and that Siddharth Vipin has also completed working on the re-recording for the talkie portions. The team is said to have recently completed filming a song sequence in Kulu Manali. SA Chandrasekar, who last directed the movie Touring Talkies in 2015, has recently been seen on screens as an actor and last played the titular role in the movie Traffic Ramasamy. Keep watching this space to get the First Look, as soon as it is released, tomorrow!