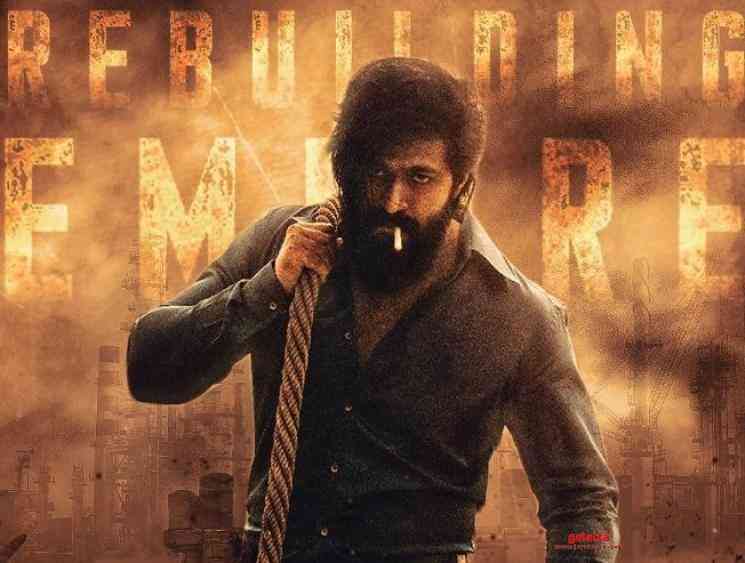 The Kannada blockbuster, K. G. F: Chapter 1, released towards the end of 2018 took the entire nation by storm upon its release giving us an out-and-out period action film catering to audiences of all ages. The film made its lead star, Yash, a rage among the youth across the nation with fans since then keeping a close watch at all developments related to the sequel, K. G. F: Chapter 2, revealed to be coming out as a grand summer 2020 release. Prashant Neel is directing KGF 2 after making the first installment a knockout film with Vijay Kiragandur’s Hombale Films banner unveiling the upcoming sequel's first look poster on December 21, 2019. That said, a massive news has now come out from Yash himself, who at a public event a short while back today, went on reveal that the K. G. F: Chapter 2 teaser will be releasing on his birthday on January 8, 2020.

The upcoming magnum opus will see Yash, reprising his role as Raja Krishnappa Bairya aka. Rocky and heroine Srinidhi Shetty as the character Reena with Bollywood superstar Sanjay Dutt coming on board as the dreaded Adheera. Composer Ravi Basrur, who left everyone spellbound with his songs and thunderous background score in K. G. F: Chapter 1, will be an additional highlight to look out for in KGF 2. As with the first installment, KGF 2 is being dubbed in Tamil, Hindi, Telugu and Malayalam languages.