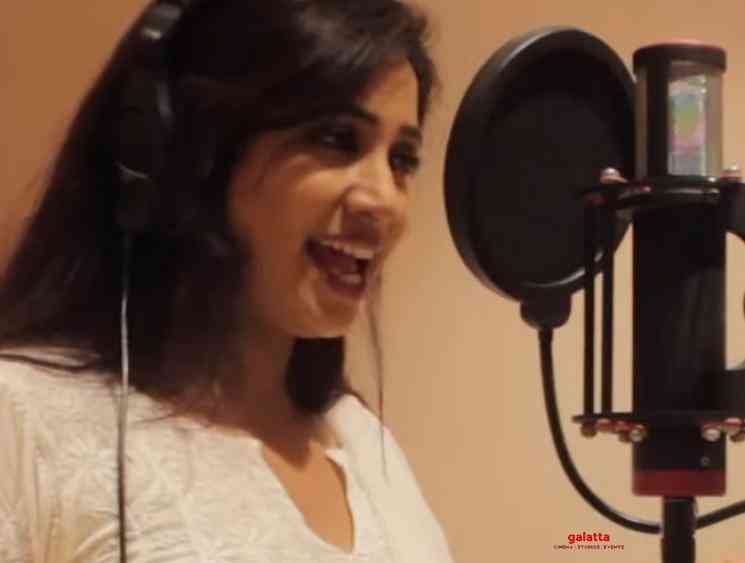 The first single from Allu Arjun's Ala Vaikunthapurramloo Samajavaragamana is the most liked Telugu song. Besides Bunny’s electrifying dances, the video also showed a breezy love sequence between Allu Arjun and Pooja Hegde. This song and the film's music is composed by Thaman S, who is known for delivering some blockbuster numbers in Telugu cinema. Now Shreya Ghoshal has sung a beautiful cover version for this hit number. Ala Vaikunthapurramloo is one of the most awaited Telugu films of the season as it marks the reunion of Allu Arjun and director Trivikram Srinivas. Apart from Bunny, Pooja and Nivetha Pethuraj, the film's star cast also includes Tabu, Rajendra Prasad, Vennela Kishore, Navdeep, Murali Sharma, Rahul Ramakrishna, and others.

Directed by ace filmmaker Trivikram Srinivas, Ala Vaikunthapurramloo is bankrolled by Chinna Babu under Haarika and Hassine Creations. This mega budgeted action biggie is scheduled to hit the screens on January 11, 2020 on account of the Sankranti festival. The songs of the film have already created a huge rage among fans. Even the party number Ramuloo Ramulaa from has got an overpowering response with over 100 million views. Now check out this cover video by Shreya Ghoshal for Samajavaragamana: