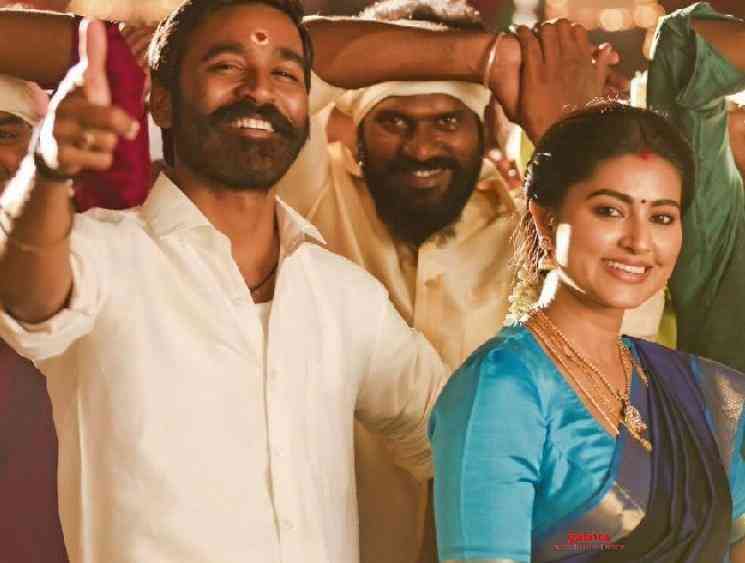 Dhanush’s Pattas which hit the screens yesterday (January 15) for the festive occasion of Pongal, has opened to mixed reviews from fans and critics. However, the mixed reviews haven’t majorly affected the film’s box office and the family audiences seem to be enjoying the film. The festive mood has acted as a major boosting factor for the film’s box office. This Dhanush starrer has got a very good opening at the theatres and the makers have now officially released a new poster mentioning the first day Tamil Nadu box office collections of the movie.

According to the official poster, Pattas has collected over 6.5 crores on its first day in Tamil Nadu and considering the competition of Darbar, it is said to be a very good figure. Considering the big long festival weekend, Pattas is expected to do great business in the coming days as well. Pattas is directed by Durai Senthilkumar of Kodi and Ethir Neechal fame and produced by Sathya Jyothi Films who will be looking forward to the success of the film.

The film features Sneha and Mehreen Pirzada as the female leads, while Telugu actor Naveen Chandra plays the antagonist. The film has music scored by Vivek-Mervin and the duo have delivered super hit songs in the form of ‘Chill Bro’, ‘Jigidi Killadi’, ‘Morattu Thamizhan’ and ‘Mavane’. 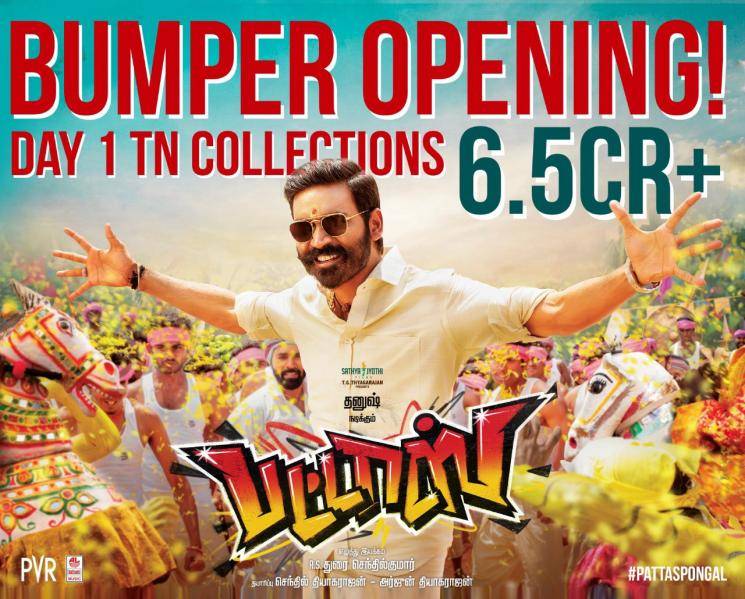