Cooku with Comali fame Sivaangi in 'Thalapathy' Vijay's Beast? - Check out her statement!

Singer Sivaangi Krishnakumar has become a sensation in Tamil Nadu of late, especially after her successful stint on the smash hit cooking reality TV show, Cooku with Comali season 2, which saw a highly-watched grand finale earlier this year in February. Prior to her appearances on Cooku with Comali, Sivaangi made a name for herself by coming in as one among the finalists in Super Singer season 7 in 2019. Sivaangi, who has gone on to become a darling of the masses, had engaged in a Q&A chat session on Instagram on Thursday, and answered interesting questions that were posed to her.

Posting her replies on her Instagram Story, Sivaangi addressed a wide range of questions among which also included about her being cast in 'Thalapathy' Vijay's upcoming mass masala action film, Beast. Responding to the query, Sivaangi gave a cryptic answer saying she too has heard the same. The reply, which although is not a confirmatory one, has once again left fans wondering in regard to her inclusion in Vijay's Beast being directed by Nelson Dilipkumar under the Sun Pictures banner. Sivaangi, who is starring in Sivakarthikeyan's Don, was asked about not taking part in the film’s ongoing schedule at the Taj Mahal in Agra, with the singer-actress revealing that she is not part of the current leg of filming.

During the Q&A, Sivaangi gave a thumbs up when quizzed about her participation in Cooku with Comali season 3. When asked about whether she would prefer an introvert or an extrovert for a husband, she stated that the person must have a good heart and that is all that matters. Sivaangi, who is also starring in the Kasethan Kadavulada remake with Mirchi Shiva and Yogi Babu, also revealed the dream combo she would like to work with and that included collaborations with Shankar-A. R. Rahman and Nelson Dilipkumar-Anirudh. Below are screenshots from Sivaangi's Q&A session: 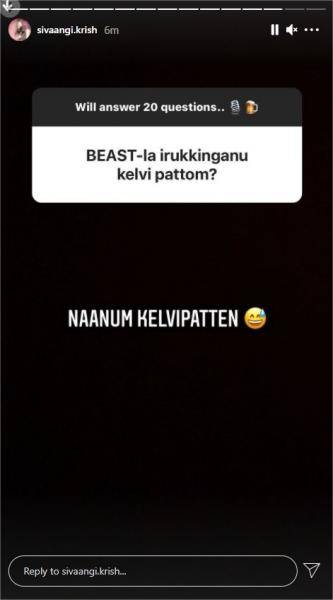 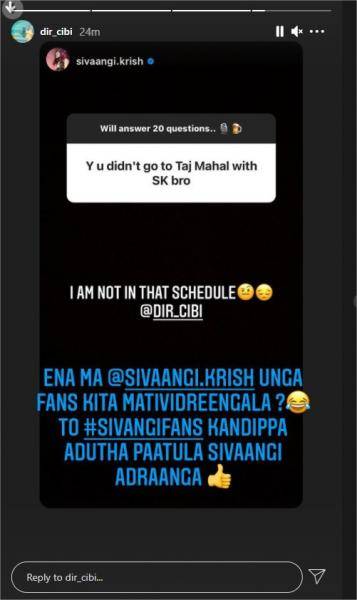 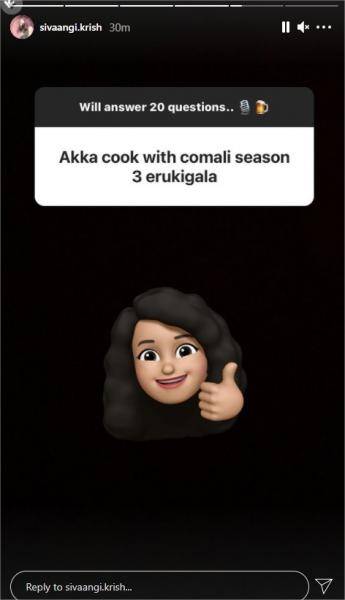 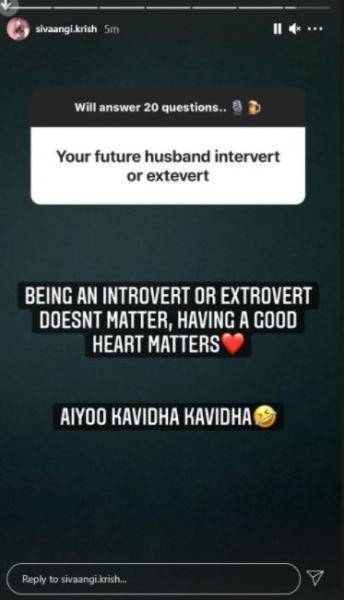 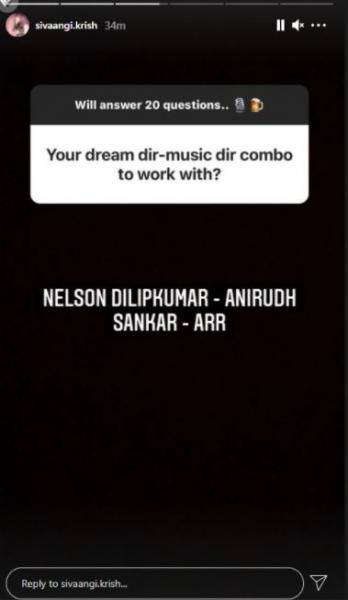 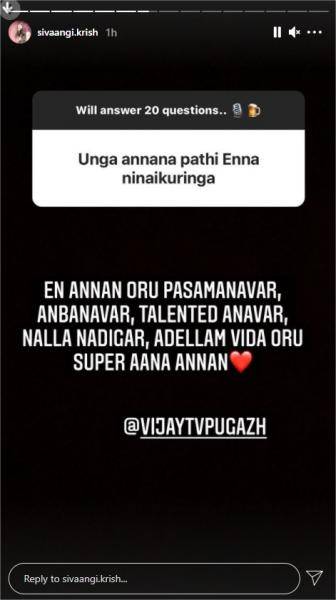