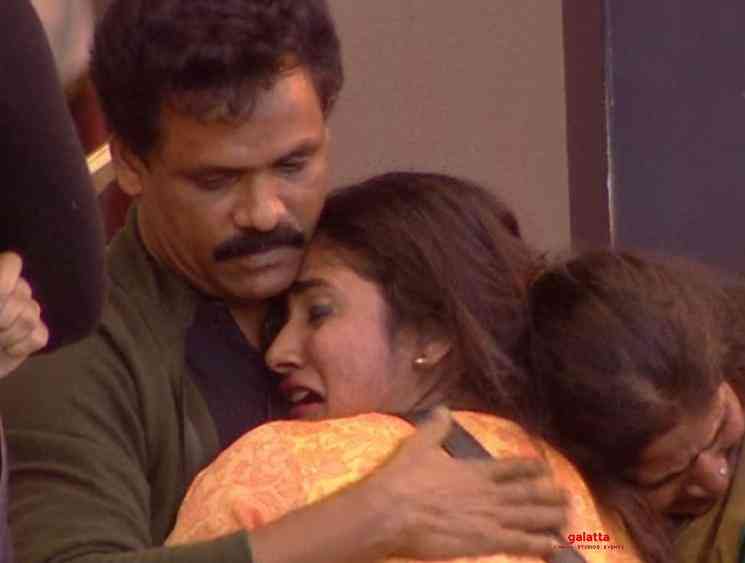 One of the most important and controversial episodes in the third season of Bigg Boss Tamil would be the one where Losliya’s father entered the house and had a strong opinion about Losliya - Kavin’s love episode. Losliya’s father sounded disappointed about Losliya’s behaviour inside the house and it garnered huge attention on social media during the time of telecast. Later, things got sorted out and got back to normalcy after the end of the show. Losliya has now got quite emotional about her father through her latest Instagram story that has been doing the rounds on the Internet. 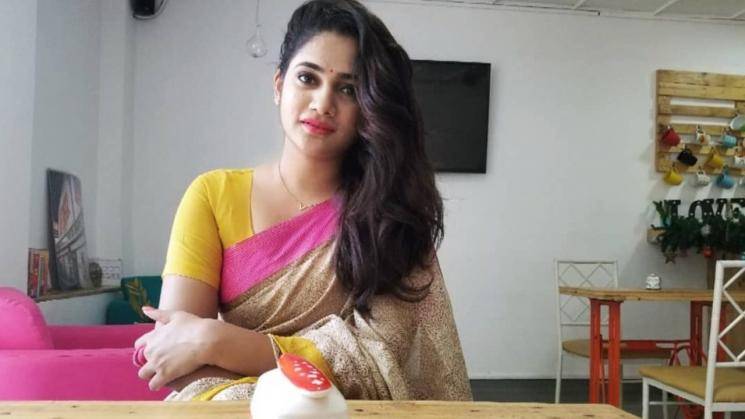 But u still love me like nothing. For girls, the purest love is always from their dad. Live long appachiiiiiiiiiii. Happiest birthday appa” (*social media post not spell-checked). On the professional front, Losliya recently signed two Tamil films back to back, one with Nedunchaalai fame Aari Arujuna and another one with former Indian cricketer Harbhajan Singh. Check out the screenshot of Losliya's Insta story below: 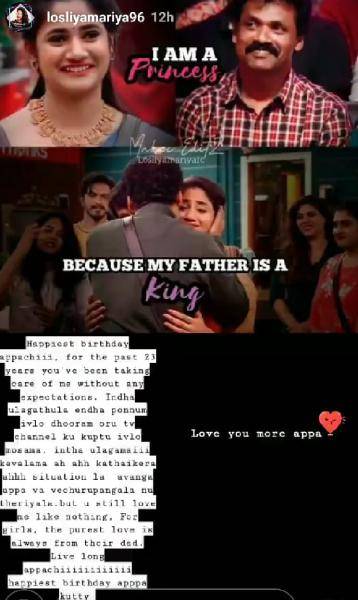 People looking for online information on Losliya, will find this news story useful.