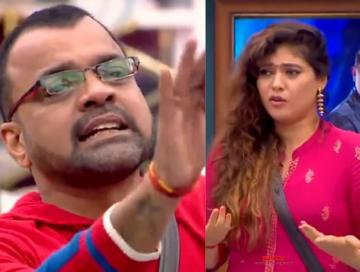 The second promo for tonight’s episode of Bigg Boss 3 is out and shows Sherin taking the centre stage and sharing her thoughts on how she managed to survive in the Bigg Boss 3 house for well over 100 days. We see Sherintaking efforts to speak in Tamil without making any mistakes until the housemates including the new guests, Rio Raj, Ma Ka Pa Anand, ‘Thaadi Balaji, Priyanka Deshpande and VJ Rakshan giving her a standing ovation to cheer her up. We then see each of the guests taking turns to poke fun at Sherin, who eventually puts her foot down to convey her points across. Finally, we see Sherin saying that she can never get angry over any issue that she doesn’t understand after which Rio passes on a sly remark saying she is revealing her tactics to everyone. The second promo as well as the first have been quite fun-filled and have shown across the jolly nature of all contestants including the five new guests and former contestants namely Cheran, Abhirami, Sakshi and Kasthuri Shankar. 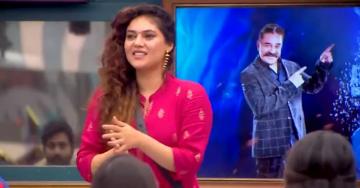 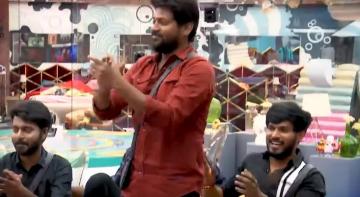 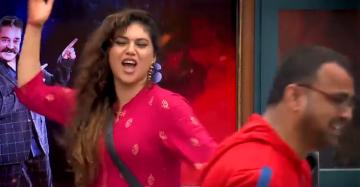 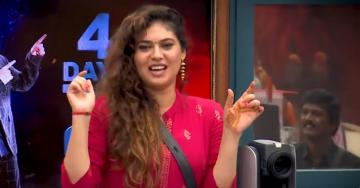 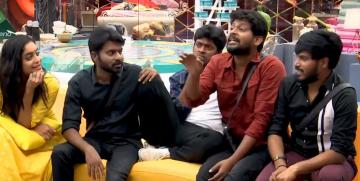 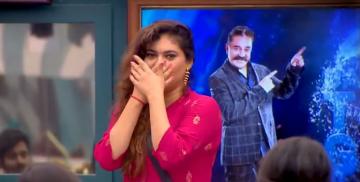