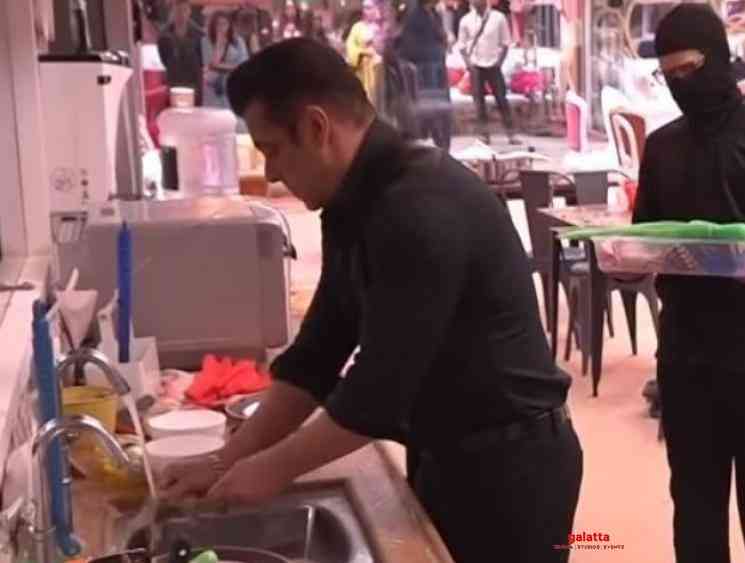 The smash hit TV reality show Bigg Boss, in Hindi began airing its first season on Sony TV following which the subsequent seasons till the ongoing thirteenth edition is being broadcast on Colors TV. Apart from Bigg Boss Hindi, the show has gone on to be made in regional languages like Telugu, Kannada, Malayalam and the Tamil version, which had its third season hosted by Kamal Haasan, earlier this year. Bigg Boss Hindi has been telecast for thirteen seasons along with a spin-off version called Halla Bol as well. That said, a new promo video for Bigg Boss 13 has been now released showing host Salman Khan entering the house and cleaning the cutlery and utensils due to an internal dispute among the housemates.

We can see Salman Khan not making any conversation with the housemates and not heeding to their calls as he is in quite an agitated state. Currently taking place at Goregaon, Bigg Boss 13 is well into its 90th day and will continue to go on for another 50 days taking its total to 140 days, which is the longest in the show's history till date.

The show had premiered on September 29, 2019 on Colors TV with Salman Khan hosting for the tenth consecutive time. Initially, the Bigg Boss 13 finale was planned to happen in January 2020, but has been extended for five weeks due to the show's huge popularity and will thus end in February 2020. The ongoing Bigg Boss season 13 is the only edition to get 12 wildcard contestants apart from the 13 original entrants and a proxy participant.